With Canada being a fairly young country, one would think it would be free of spooky and paranormal activities. But, this is not the case. There are many places and premises in Canada that just may leave you petrified and horror-stricken. And, they may be near you! Here is a list of a few haunted places in Canada. 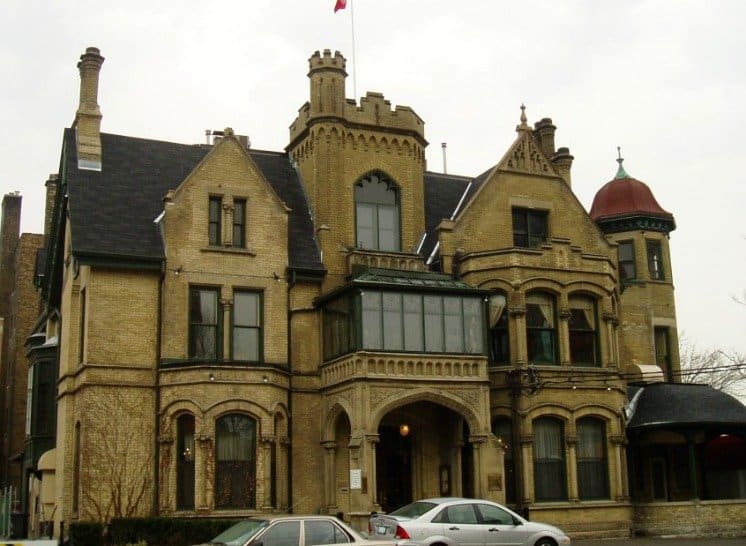 The Keg Mansion was built in 1867 by Arthur McMaster. In 1880, industrialist Hart Massey bought the house as a private residence for his family for the times they were in Canada. The Massey’s were one of the most prominent families in the Toronto area. Eventually, Hart’s only daughter Lillian took over Keg Mansion and ran the family affairs. She fondly renamed the house Euclid Hall after their street in Cleveland.

Sadly, on November 3, 1915, she passed away in Santa Barbara, California at the age of 61. She was beloved by her staff so much so that one of the maids took her death extremely hard. Distraught, the maid walked over to a vestibule above the mains staircase, made a noose and hung herself. Most believe this tragic action was from grief, others believe it was because she was having a secret love affair with a Massey man. Feeling her affair would be exposed after Lillian’s death, she took her own life.

Euclid Hall (Keg Mansion) was given to the Victoria College in 1915, then it became an art gallery and today it’s a restaurant. Staff and guests have reported seeing a ghostly image of a woman hanging by her neck in the same spot as the tormented maid. There was also a little boy who fell down the stairs but did not survive the fall. He is seen quite often by staff and patrons, especially children. 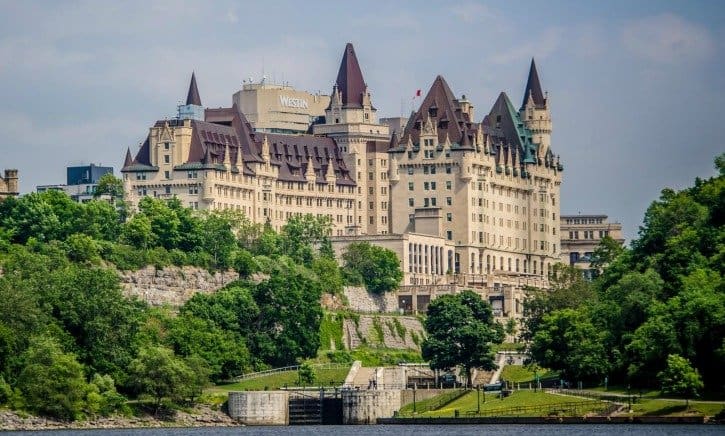 The grand Château Laurier was commissioned by Charles Melville Hays, president of the Grand Trunk Railway. He also commissioned the construction of Ottawa’s downtown Union Station across the street. At a cost of $2 million, between 1909 and 1912, the two buildings were built in splendor and connected with a tunnel.

Tragically, Charles Hays died aboard the Titanic 12 days before the grand opening on June 12, 1912. He went to Europe to buy furniture for the hotel’s dining room. It’s said that Hays spirit haunts the building to this day. There are reports of rustling noises, objects moving at will, singing in the stairwell, and ghostly spectrums that resemble Mr. Hays have been seen. It is understandable why his spirit wants to stay grounded in the Chateau Laurier. This project was very dear and important to him and he never lived to see the grand opening.

People have complained of being accosted on the stairwell, others have been touched in the shower. One guest has two eerie encounters with the unknown. One night he was awoken at 1 a.m. with a thud in the living room. When he got up a large ashtray was completely cut in half and across the room. The very next night at the same time, he was awakened by a noise in the bathroom. He got up and his shaving kit that was lodged behind some taps was thrown on the floor and the contents were strewn all over. Most of the activity happens on or around the same floor where the Charles Melville Hays memorial suite is located. There have also been sightings of the ghost of a little girl. Some say sculpture Paul Chevre also haunts the grounds. Chevre was also on the Titanic, but he and his family survived to tell the tail. Unfortunately, he died two years later; it’s rumored he felt guilty for surviving. 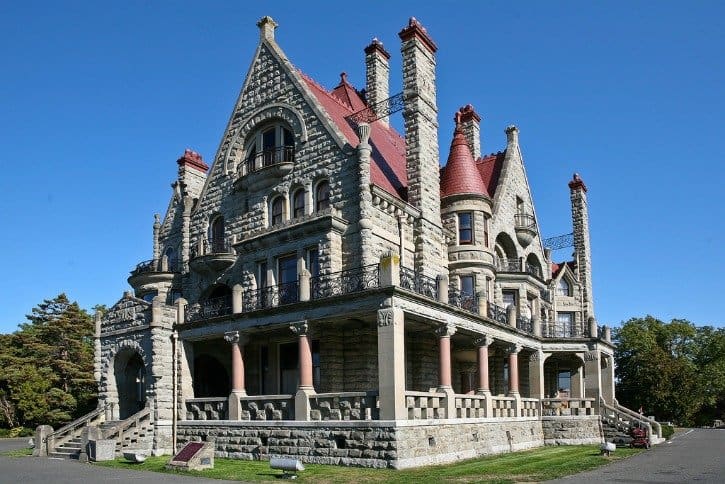 Craigdorrach Castle was built between 1887 and 1890 by Robert Dunsmuir, a Scottish immigrant that made his money in the coal business. The castle sits gracefully on a hill that overlooks Victoria. Robert died in 1889 before his castle was finished, and his entire estate was left to his wife Joan. Their sons Alexander and James took over the role of finishing the castle. Joan lived in the castle until her death in 1908. The castle has passed through many hands, but today it is a tourist attraction.

Although Craigdorrach Castle has not released any confirmation that the cast is haunted, many speculate that it is. They do not allow any paranormal investigations to prove otherwise. There are those who say it is haunted and have experienced unusual activities. Guests have reported things moving on their own, seeing a little girl, a woman in white who stands alone in the ballroom and a woman in black who has been seen with the little girl. It’s presumed the women in black is Joan Dunsmuir. Others have reported hearing footsteps, children crying and ghostly piano playing.

It’s no surprise that a graveyard would be the focus of perpetual hauntings. They naturally evoke fear and dread and have the creep factor that makes people uneasy. The thought of so many bodies just a few feet below the ground has led to graveyards often being associated with ghosts, eerie hauntings and the occult. Ross Bay Cemetery is one of those places. It’s located in Victoria, British Columbia, on Vancouver Island, Canada. First opened in 1873, it’s named after it’s owner Isabella Mainville Ross, the first registered independent woman landowner in British Columbia.

Many historical figures from the early days of the province and colony of British Columbia are buried at Ross Bay. Its one of the most spectacular graveyards with its whimsical and winding tree-lined carriageways, opulent tombstones with touching epitaphs and the distant views of the Olympic Mountains.

The cemetery is home to several resident ghosts; a few are said to be Isabella Ross, David Fee (who was murdered on the steps of St. Andrews Cathedral on Christmas Eve 1890) and an elderly couple. Apparitions of the elderly couple are seen in splendid Victorian attire, have been spotted by numerous people. Others have seen mists, smoky strands, and two grey people with what looks like a leather hat and coat.

Although Canada isn’t as old as other countries, we still have haunted places and paranormal activity that will raise the hair on the back of your head. Be sure to visit!