This time of year people naturally absorb themselves in creepy stories of immense terror and pernicious evil. While some stories may be fabricated, there are plenty of real bewitching events where wickedness prevailed and still lives on to this day. Salem, Massachusetts — the name alone can send shivers down your spine. Founded in 1626, it’s one of the oldest and wealthiest cities in the United States.

Salem survived the Revolutionary War and the bombardment of pirates and Buccaneers during the 18th century, but that’s not what this city is remembered for. There was something far, far more sinister that happened within the walls of Salem. 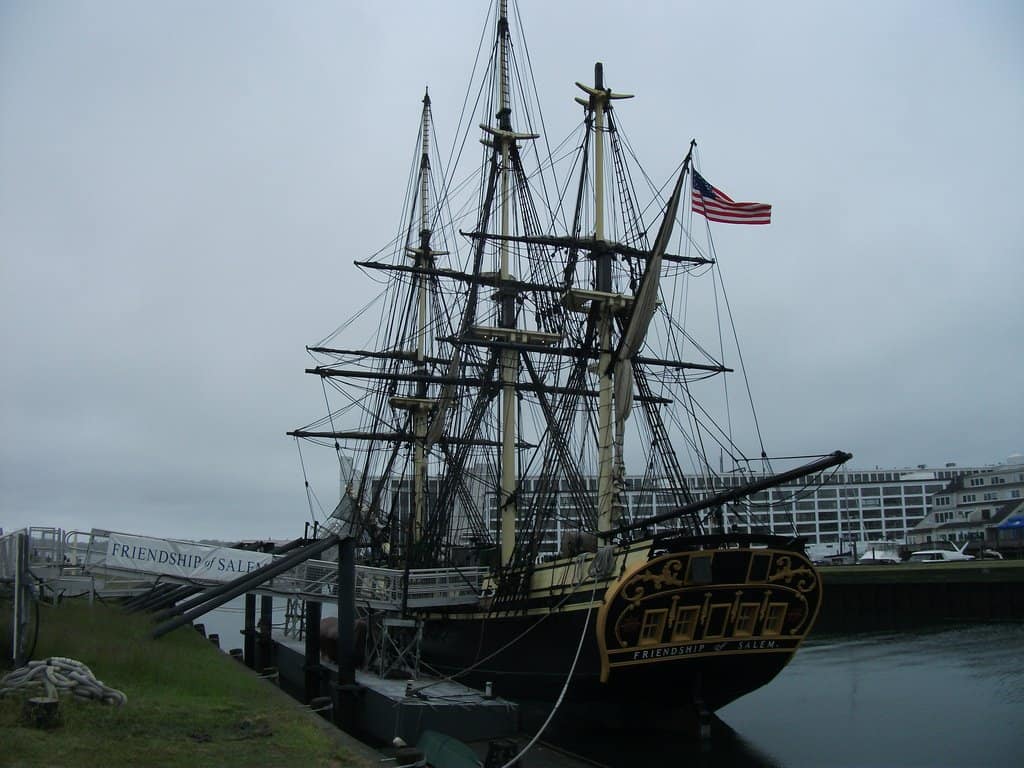 Today this historic seaside community is clearly defined by its dark past, the infamous Salem Witch Trials. Many believe this gruesome time in history has made the city a haven for evil spirits, sorcery and black magic. Brace yourself as we journey to one notable place in the city of witches.

Every year more than a million tourists visit Salem to experience witchcraft, sorcery and hauntings firsthand. And their first stop is in the center of town on Liberty Street. There you will find 20 chiseled and rough granite slab benches. Each bench has the names of the accused along with means of death and date of execution. Each bench is a somber shrine to those who lost their lives in one of America’s darkest chapters. 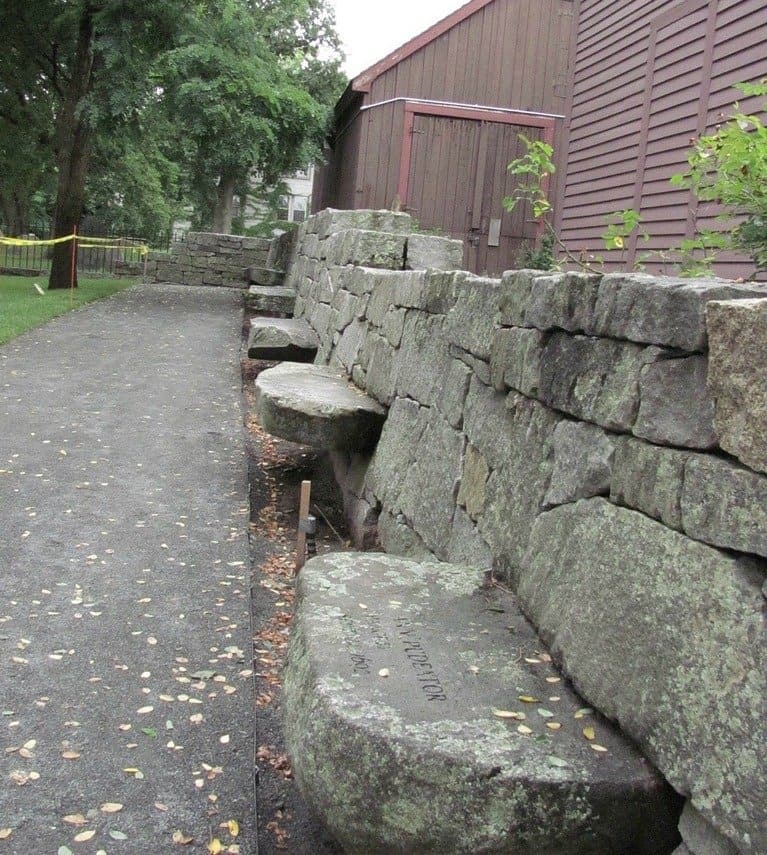 This is the Salem Witch Trial Memorial, but the souls honored here are restless. Some have claimed to see a bright light that turns into a woman spirit – believed to be that of Martha Corey. The origin of this agitated entity stems from the Salem Witch Trials themselves. 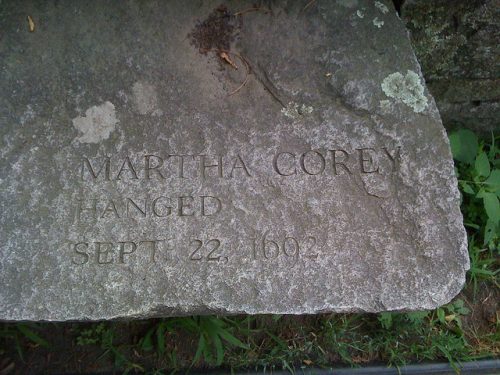 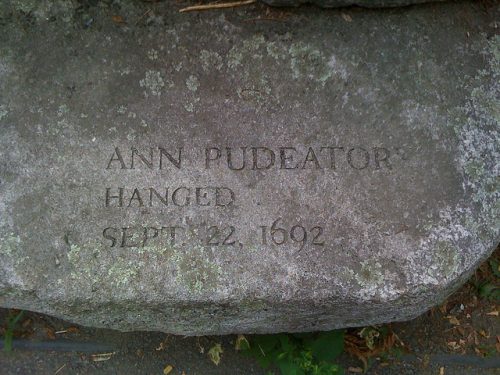 It’s January 1692 and the deeply Puritan community of Salem is in a crisis. An epidemic of smallpox has decimated the population, leaving the survivors poverty-stricken, frantic and overly cautious. Apprehension and severe paranoia built up among family, friends, and neighbors. The Europeans brought smallpox over and this deadly disease went rampant not only among the people in Salem but also the Native Americans. The people became extremely tense and they were afraid of death by exposure, death my savages and death by starvation. They truly believed the Indians and the devil were against them.

The Puritans also felt there were going to lose control of their society and the strict religious tenets that they were governed by. This all-consuming fear allowed for a witch trial and hysteria to take over.

In the home of Rev. Samuel Parris, a terrifying scene unfolds. One of his daughters and his niece fall to the floor and begins convulsing uncontrollably. But, this is just the beginning. Soon other girls in the town begin to exhibit the same symptoms. In search of answers, the frightened residents turn to their church leaders. These leaders erroneously conclude that the girls were under a spell created by a mass of witches secretly working to destroy the town and bring forth Satan’s rule.

Gripped by fear, dread and paranoia, the people of Salem begin a massive witch hunt. No one was safe from the brute force justice that ensued. Many girls at the time were accusing older women of being witches. The weak and helpless ones in the community were usually the ones accused of being witches.

Women at the time were thought to be morally weaker and easily tempted into sin. The Salem Witch trials were really about the fear of women and their independence. But, one the community got established and the residents settled into normal life, the women and girls were acting differently. What the church and staunch community found threatening was most likely women being independent. These women were not interested in living by the Puritan values. They didn’t want to be supressed or controlled, so it’s no surprise that there was an attack on the devil within.

Some theorize that these trials were the result of a mass wave of hysteria in the wake of the recent smallpox epidemic. Others believed that the deceptive nature of Rev. Samuel Parris epitomized how he ill-used his religious power. One cannot help but surmise how much responsibility Parris bears for the horrific events of 1692. 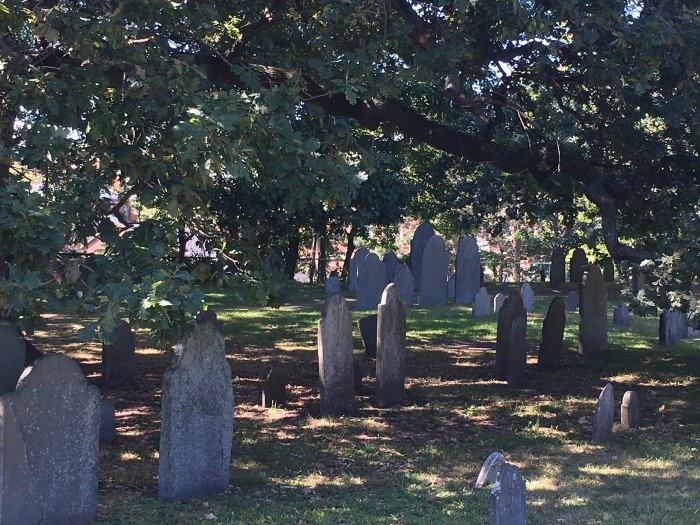 Over 200 men, women and children were accused of witchcraft, but not all were arrested. Among those arrested though, was 72 years old Martha Corey, a beloved wife and mother. In the autumn of 1692, Martha along with a large group of other alleged witches, are put on trial. Martha denies any wrongdoing but is found guilty and sentenced to death by hanging. On September 22, 1692, Marth along with the 18 others convicted of practicing witchcraft, were executed by hanging, and one, Giles Corey, was pressed to death. 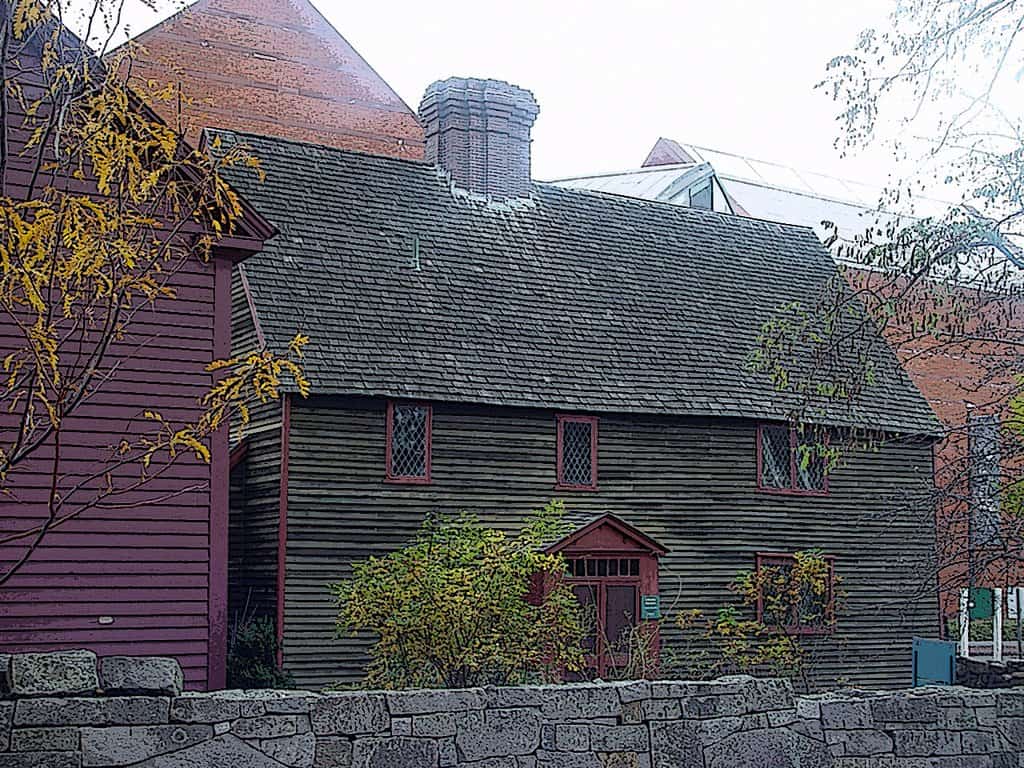 In August 1992, the city of Salem erected the Salem Witch Trial Memorial for those innocent souls who lost their lives during the infamous witch trials. Their names are etched in stone to forever remember. Have the spirits returned to claim their namesake stone? Many believe that the restless spirits of the deceased still linger, perhaps looking for justice or acknowledgment. If you visit this memorial, by all means, pay your respects, but be on the alert, someone may be paying you a visit as well.