When some of us hear the word cannabis, it may evoke some negative vibes. The unfavorable stigma attached to this plant is no doubt due to the abundance of recreational misuse and abuse. Most of us are not proponents of this disregard and the consequences that could follow. But on an earnest health-conscious note, we can all appreciate that this plant’s oil has real medicinal value. It has helped many with mild to serious health conditions, including cancer.

Cannabis Sativa, also called marijuana, is a natural herb that has been used in many cultures for thousands of years to treat health-related issues. The two main compounds in a cannabis plant are cannabidiol (CBD) and tetrahydrocannabinol (THC). Because THC has psychoactive properties, cannabis products are often heavily regulated and veiled in a lot of controversy around the world. Below is a very small list of the health benefits of CBD Oil. If you peruse the web, you’ll find many in-depth articles exploring and expounding this valuable oil. 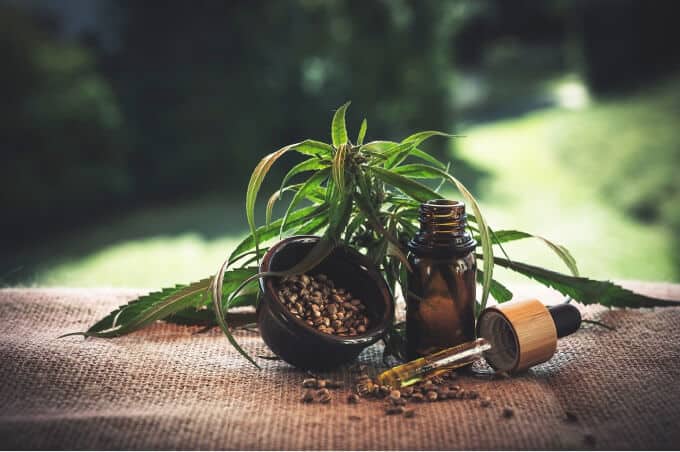 CBD, however, is non-psychoactive, so it can’t get you high, which is why it’s so appealing as a medicine. Cannabidiol binds to an incredible amount of different receptors in the human body. When something binds to a receptor, it activates the receptor to create a positive chemical reaction in the body. A few of the receptors that CBD actually binds to are: CB1 is in the brain and CB2 is in the immune system, the colon, peripheral nervous system, and a few other areas. You can see why the benefits of this ancient herb are of great value in the medicinal world.

Pain relief is one of the main traditional uses of the cannabis plant. CBD offers natural pain relief compared to the dangerous and toxic habit-forming pharmaceuticals. It’s also been shown to reduce inflammation and alleviate the discomfort associated with many health conditions.

It’s no surprise that stress can put a serious strain on our health. With hectic 21st century lifestyles, we never have any downtime to recover. It’s been observed that cannabis therapies were quite effective in reducing stress and nervousness from those suffering from PSTD.

Cannabis oil antioxidant properties could prove to be a beneficial treatment for heart-related conditions including vascular damage caused by high sugar.

Evidence from anecdotal reports and small-scale studies suggest that cannabis oil may be effective in controlling or preventing seizures. In some study groups, epilepsy patients who have used the CBD-rich marijuana treatments have shown tremendous progress and a drastic reduction in seizures.

Cancer is one of the most devastating diseases that affect both mankind and animals. The potential positive effects of using cannabis oil in cancer treatments have many people excited. Other benefits of CBD use include pro-apoptotic effects that suppress cancer cell migration, adhesion, and invasion.

If you’ve used cannabis oil, then you may know there are several different types. You may also be familiar with the name Rick Simpson. He’s one of the bold people that has been educating the public about the amazing healing potential of cannabis oil. If you’re looking for an alternative approach to improving your health, then CBC oil may help you. But, do your research first.

Disclaimer: This post is not intended to offer any medical advice what so ever. See your health care practitioner for more information on this product.