If we look back in history, there is no shortage of intelligent, feisty and fearless women warriors who did what was deemed impossible during their era. From turning a bad situation into a successful one to plunging into Niagra Falls in a barrel to driving a stagecoach to being the first women to fly, these women have impressed the world. They dared to make a difference not only in their lives then but made a huge difference in our lives today. How we admire and emulate these women of long ago. Check out these fantastic books that are devoted to the brave women in our history. 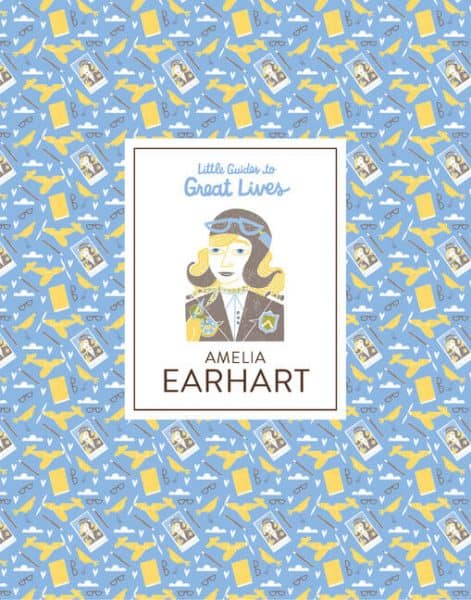 Amelia Earhart has long been hailed as an aviation pioneer from the 1920’s and 30’s. Amelia made fame by being the first woman to fly solo across the Atlantic Ocean. This book goes into Amelia’s history, starting as a young girl growing up in Kansas in the early 1900’s all the way to July 2, 1937, when Amelia and Fred disappeared.

At age seven she designed and built a rollercoaster in their garden. At a Toronto airfield, she became enamored with airplanes and decided she was going to learn to fly. Did you know that a female pilot, Anita Snook, taught Amelia how to fly? Amelia left a big impact in aviation history. 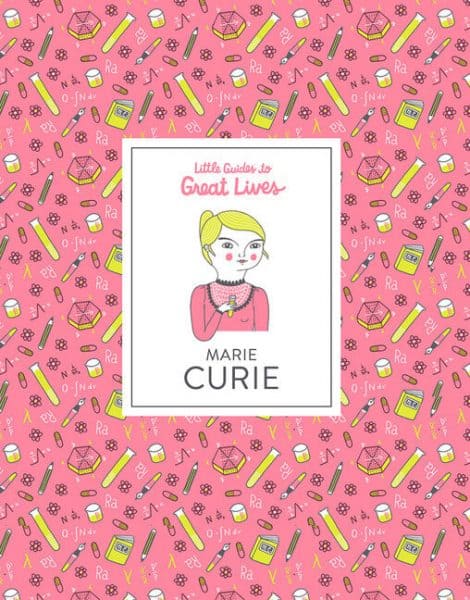 Marie Curie is a famous scientist who discovered radium and polonium. As a young child, she was incredibly smart and found learning easy. In fact, she didn’t need anyone to teach her to read. But, girls in Russia were not allowed to go to university. She joined her sister Bronia in Paris and went to the world-famous Sorbonne University where she studied physics and mathematics. In 1894, she met Pierre Curie, a brilliant scientist working at the Sorbonne. They were married and began making discoveries. 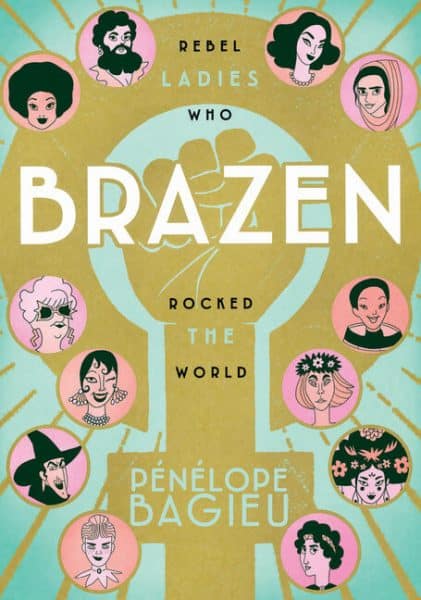 Brazen Ladies Who Rocked the World is filled with remarkable stories about women who with indomitable spirits overcame the odds. All the stories are featured in a comic book or graphic novel style. Comic books make the stories fun and interesting to read. Most of the women featured are not well known, but their stories are compelling. You may recognize some of the women.

I enjoyed reading about Margaret Hamilton. She played the role of the witch in the Wizard of Oz. Although she wanted to play romantic roles, the producers told her to get a nose job. She refused and changed her approach when applying for different roles. She was a fantastic witch – in fact, they had to cut out a lot of scenes because they were too scary for audiences back then. Did you know that Margaret’s skin stayed green for several weeks after the movie wrapped up? Some other people mentioned are Hedy Lamarr, Temple Grandin, Josephine Baker, and Wu Zetian. This book is a great read. 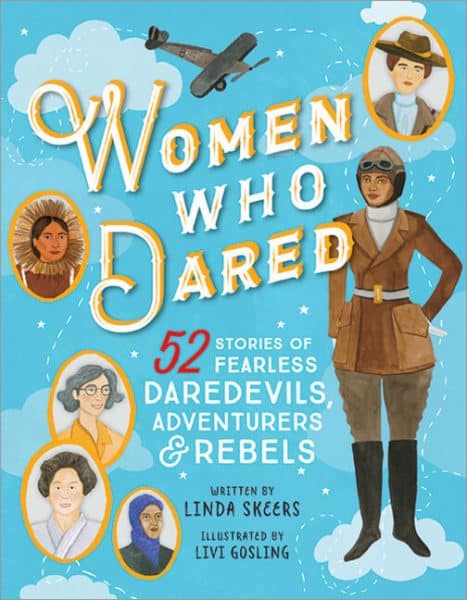 Women Who Dared features 52 stories of fearless daredevils, adventurers and rebels. These women did some of the most dangerous and amazing things, but their feats didn’t quite make it to the history books. The book is divided into three categories, Daredevils, Adventures and Rebels. Each one of the 52 feisty women mentioned fall into one of these classifications.

Each woman has a striking story that will touch your heart. Susan La Flesche Picotte was a Native American that straddled two worlds. Her father was chief of the Omaha tribe and her mother was the daughter of the first Army physician in Nebraska. Her parents sent her to an English-speaking school so she could excel in both worlds.

The division of classes was all too real when a native woman got sick and the local white doctor refused to come. Susan watched the women die and from that day she dedicated her life to improving the healthcare of her people. She went to the Women’s Medical College of Pennsylvania, graduated and became the first Native American woman doctor in the country. In 1913, just two years before her death, the Susan La Flesche Picotte Hospital was built in Walthill, Nebraska, honoring this heroic healer. This book is filled with beautiful stories like Susan’s.

Disclaimer:  I received product to facilitate my review. All opinions are my own, yours may differ.