What kid doesn’t love a superhero? Especially if he’s got amazing powers, is a proven leader, and totally rocks an awesome outfit. Steve Rogers was once a scrawny weenie of a guy until injected with an experimental serum that completely enhanced his body and performance. The result, he became  Captain America. In light of the renewed popularity and of course, the release of the movie Captain America: The First Avenger, Hasbro has released a new line of Marvel Avengers toys and gear, including Captain America and some foes.

This fictional character made his debut way back in the 1940s in comic books published by Marvel Comics. He was a big hit then and has been reborn in the 21st century where he and the Avengers team take on all who threaten the peace. Hasbro has captured the moment with remarkable Avenger toys that kids and collectors will be eager and very enthusiastic to own. Check them out!!

First, all of the toys come in vibrant packages that offer really great graphics! The kids will be transfixed, mesmerized, and bewitched by the boxes too!! 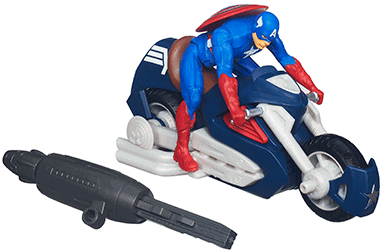 The Marvel Captain America Blast N Go Assault Cycle Vehicle was featured in the latest movie. It includes a Captain America figure that comes off the bike. He also has a shield on his back that can be removed. Very importantly, it comes with an uber-cool launcher. When it’s attached to the back of the motorcycle, it powers the bike forward with massive high speed. It can also be attached to the side of the cycle as a weapon. 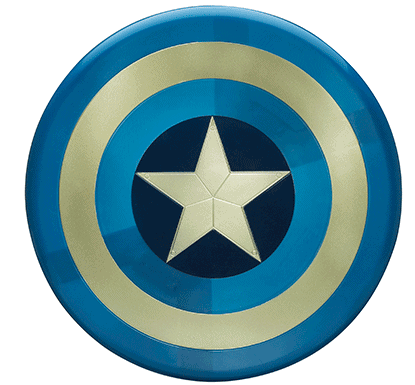 Every superhero needs a protective shield and Captain America is no different. This Vibranium Shield is circular, aerodynamic and has the ability to cut through air swiftly. It’s also indestructible and no doubt he will accomplish unbelievable triumphs with it. It has a sturdy elastic on the underside where all superheroes can grasp it easily and securely. Bring on the danger! 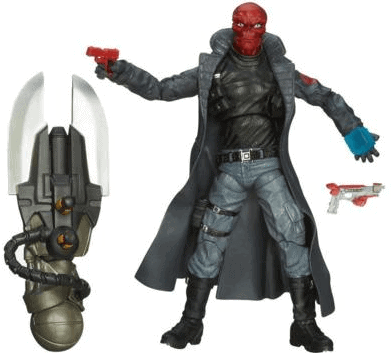 Of course, no superhero action would be complete without formidable foes. Marvel Legends Agents of Hydra is a 6-inch menacing action figure. This fearful looking character is a super-duper villain and the archenemy of Captain America and S.H.I.E.L.D. His name is Red Skull; his arms and legs move, and he’s dressed for combat. Add his monstrous left arm and you have one dangerous Mandroid figure. It also comes with two weapons and a cosmic cube. 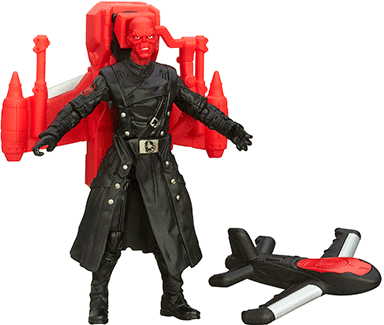 Air Raid Red Skull Captain America Winter Soldier S H I E L D Gear toy is quite the fiendish weapon, it’s a jetpack with a drone missile attached to its back. It snaps into place on the back of Red Skull and is ready with just a click of a button. The figure’s head, arms, and legs move easily so you can put the character in any pose, or making a quick get-away.

All the toys/figures are well made and have amazing detail on them. They’ll completely captivate their audience with hours of serious play here. Hasbro knows how to have fun!

Disclaimer: I received products for review only. The opinions expressed here are my own, yours may differ.