Monopoly is celebrating its 81st birthday! The Monopoly brand has been around since 1936 and has created oodles of versions of this classic family game during its 80 plus years! The iconic Mr. Monopoly character, tokens, paper money, property magnets, and Pass Go are all symbols of a game that never ceases to be fun. Check out some fun facts below.

Most of us grew up playing this fast-paced real estate board game. Our game savvy along with the Community Chest and Chance cards determined our fate. As the years have passed, newer versions have morphed into the 21 century with billion-dollar properties, making the stakes even higher. Bankruptcy is not an option!

The latest version of Monopoly Empire will have you playing with high rollers. There are no property cards in this variant. Instead, you’re going to build the biggest empire using different billboards. The object of the game is to buy brands until your billboard is full. 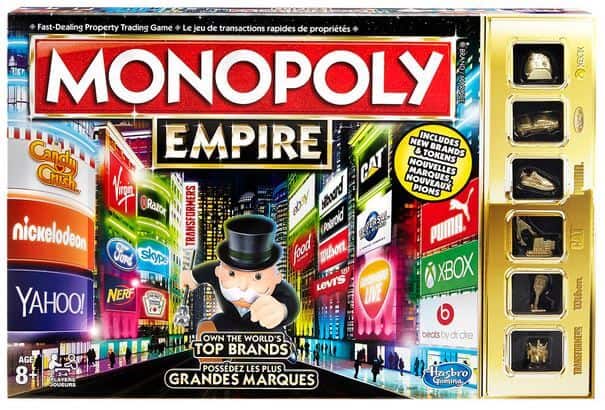 Monopoly Empire is all about owning major iconic brands like McDonald’s and Coca-Cola. They also have new flashy gold tokens, Chance Cards, and Empire Cards to use.

Features:
*Buy and trade the world’s top brands and be first to the top!
*Cool brand tokens
*Watch the Monopoly Empire towers rise and fall
*No bankruptcy, no Railroads 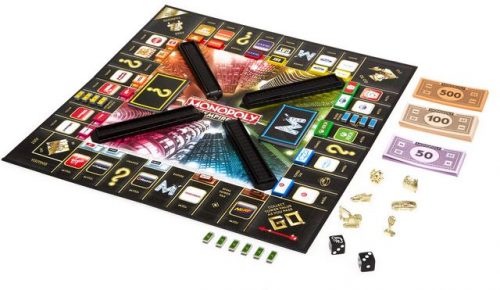 The board is more vibrant and fast-moving. We loved the few new twists to the game like the Sneak Swapper roll and Empire cards which makes the game a lot more fun to play. The game still includes the familiar Free Parking and Go to Jail. Today my family plays several versions of Monopoly and we enjoy them all. It’s the perfect game for family fun and entertainment! Monopoly Empire is for ages 8+ and retails for around $29.

It’s only March, so we might still be in for some stormy weather. But, this quaint little tree will bring some instant sunshine into your home with its brightly colored flower. It’s wire branches allow you to hang your favorite little plaques and ornaments. Retails for $19.95