Cats have become a very big part of my family’s life and we can’t imagine a day without them. We’ve had a variety of rescue cats in our home for decades. We’ve enjoyed their big personalities, eccentric mannerisms and have been entertained by their quirky habits. Cats are intelligent, compassionate, emotional healers, and the best cuddly companions we could possibly have. We adore all cats.

When storybooks that feature cats come on the market, it’s inevitable that they will be part of our family library. Here are a few new captivating cat storybooks that will a-mews everyone in your home. 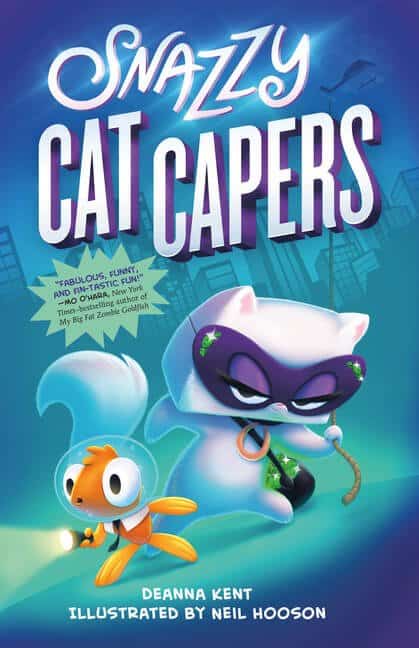 Meet the purr-fectly charming Ophelia Von Hairball V of Burglaria! She is a feline, but no ordinary furball indeed. Ophelia is an elite member of the FFBI – Furry Feline Burglary Institute. Yes, she is recognized as a fur-midable thief extraordinaire with outstanding techniques and a 100% success rate. She’s never been caught because she’s quick, has countless disguises, and always keeps her missions clean, classy, and by the book.

But, there is always a catch. The FBBI always assigns an inventor to each of their operatives, but Ophelia has fired each and everyone for petty reasons. Then she meets Oscar Fishgerald Gold, who is eager to get inventing and has the patience to tolerate Ophelia’s hissy moods. Although, she wasn’t a-mewsed at first when Oscar built Ophelia a dog to fetch her mail. The dog dug up her flower bed, but he returned with a sack full of Ophelia’s mail. Who would bury her mail? Someone was trying to keep her from receiving important letters from the FFBI. But who? She has several rivals including her purr-nicious cousin Pierre von Rasca of Thievesylvania.

As Ophelia pawed through her mail, she found an invitation to the Purr-fect Heist Competition in Paris. Now she know why her mail was hidden from her — to steal an infamous Himalayan Diamond. She needed to win this competition to maintain her #1 spot in the FFBI. It’s at the point that Ophelia and Oscar form a bond and fur-endship that see them through the many impaws-ibly tough mission ahead — to make it to Paris alive.

We loved all the wild adventures and really uncomfortable predicaments Ophelia and Oscar found themselves in. Plus experiencing all the antagonist they had to fend off was exciting. The stories are interesting, intriguing and the images are shown in black and white comic book style graphics – which kids dig. The stories are more for kids ages 7 and older, who understand that this is a novel – a kid-friendly ‘tail’. The younger children enjoyed the images, but were hurt and sad when they found out this pretty cat was stealing, which is very wrong! The older kids got it.

I Hate My Cats ( A Love Story) 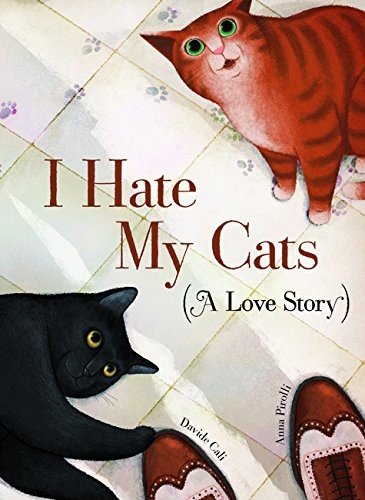 If you’ve ever been a slave to a cat, then you’ll relate to this book. This is a story about a guy who has two cats, Ginger, an orange cat who is weird because she plays with peas, purrs at artichokes, and talks to pigeons. Then there is Fred, a black cat who is lazy and sleeps on white sweaters, white towels, the sink, and newspapers.

The book shares what the cats do throughout the day. They like to hide, knock things over, get in your face when your working, pull cushions off the couch, get in the garbage, and utterly destroy your home. Sound familiar? Some days it tough to get things done around the house when you have busy little furballs following you everywhere. Even though the owner gets exasperated with his cats and yells at them to stop, he totally adores them.

A Cat’s Guide to the Night Sky 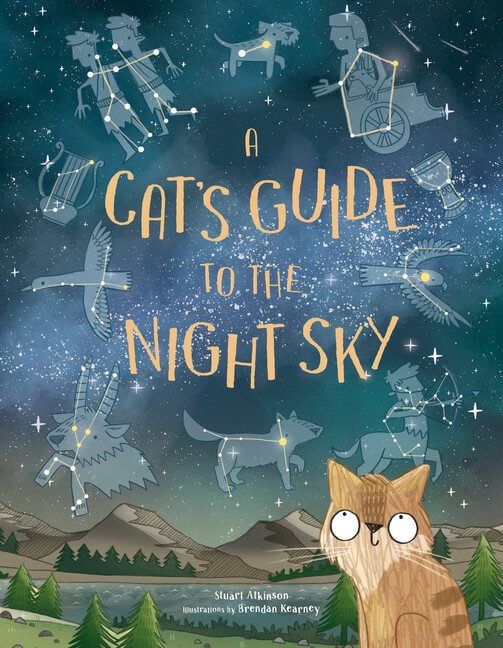 A Cat’s Guide to the Night Sky is an educational book that is narrated by a cat named Felicity. She loves to watch the stars and will share her knowledge about these sparkling lights in the sky. Felicity starts off with what you will need in order to view the stars. Warm clothes, a thermos filled with a hot beverage, snacks, a flashlight, and an ideal location for viewing is the first step.

Ever notice how different the sky looks in the city compared to the country? This is because of all the lights in homes, businesses, factories, and street lights, it’s called light pollution. These lights make the sky a muddy orange color and hide the stars. In the country sky though, you can see the moon, stars, planets, and satellites.

Children will learn what stars are, about our solar system, constellations, asterism, the changes that take place in the sky in each of the seasons, the Milky Way and so much more. Interested in the moon? Kids will also learn about the moon phases and lunar and solar eclipses. Felicity will touch on shooting stars, fireballs, meteorites, and the stunning Nothern Lights.

The illustrations are shown on a dark sky background where the stars sparkle and the planets pop. They did a great job not only explaining what goes on in the night sky, but they made it interesting and appealing. After covering all the information in this book, children will be fully qualified stargazers.