Fairytales have captured our hearts and entertained us for centuries. In fact, each culture has fables, folklore, myths, and legends that go back thousands of years. The origin of Chinese folktales includes history, songs, theater, and the oral tradition of storytelling. It was the common way of handing down important historical accounts to the next generation. These stories shared and explained the origins of natural phenomena and recorded the lives and deeds of semi-legendary figures that were accepted as true.

The stories in the following books were derived from many sources and they cover a variety of topics from Chinese history to politics to religion to love to mortality to creation to name a few. They are well known and loved in Asia as much as Cinderella and Snow White are in the west. They’re enchanting, full of unforgettable characters, and always seem to teach a moral. 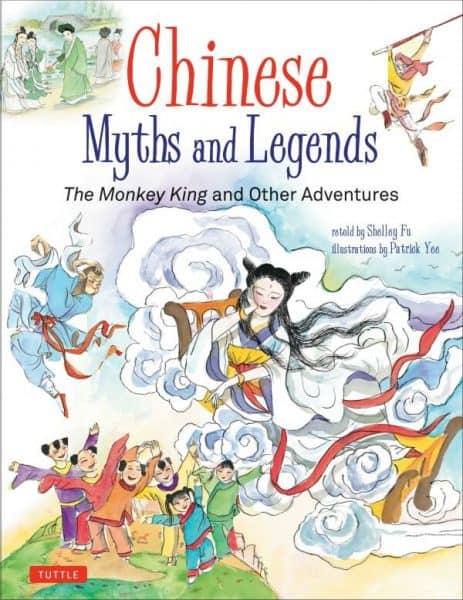 Chinese Myths and Legends features a collection of seven adventurous classic Chinese stories that kids will enjoy reading. From the stories of Pan Gu and Nu Wo to Bai Su-Tzin kids will be mesmerized by stories of love, creation and mortality.

We love the story about The Heavenly River. A cowherd and his brother lived in a peaceful village on their inheritance. A sly maiden from the village had her eye on the older brother. She was selfish and greedy, but she did not show this side of her until after they were married. She treated the younger brother cruelly, even tried to poison him to no avail. The cowherd started sleeping in the field with their yellow cow.

To earn extra money, he started tending cows for other families. When his greedy sister-in-law heard he was making money, she demanded her share. But, the cowherd would not share his meager earnings. To get back at the cowherd, the evil sister-in-law took the beloved yellow cow to the butchers for the money. When the cowherd learned of this, he raced to the butchers just in time to save the yellow cow. He bought it back with all the money he saved. But, the cow was really a spirit and he was very grateful the cowherd saved his life. As thanks, he gave the cowherd some sound advice. But, be careful about what you wish for. All the stories are mesmerizing and filled with adventure and colorful graphics. 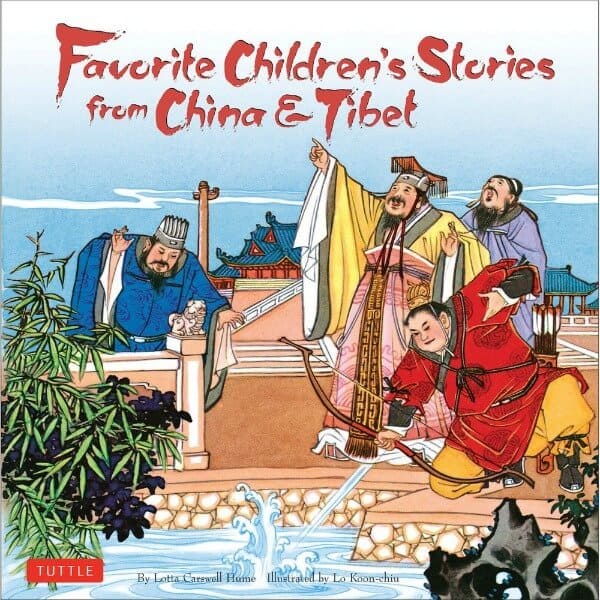 Chinese and Tibetan folktales include:
– The Tiger in Court
– The Tower that Reached from Earth to Heaven
– The Country of the Mice
– The Wishing Cup
– How the Cock Got His Red Crown
– The Story of the Tortoise and the Monkey
– A Hungry Wolf
– The King of the Mountain
– How the Deer Lost His Tale
– Many more

Some stories like the Chinese Cinderella story have a similar beginning to the western version of the story. A beautiful young girl named Shih Chieh lost her mother, then her father, and was left to be raised by her father’s second wife, who was very jealous of the girl. The kids did not like how mean the stepmom was or the cruelty she displayed. Not all stories make kids feel good.

A Prince and His Porcelain Cup 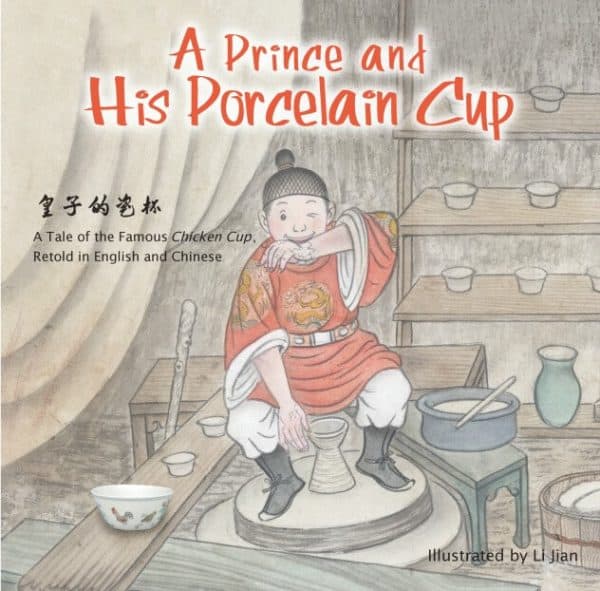 A Prince and His Porcelain Cup is a story about a little prince who lost both his parents. After the Emperor and Empress passed away, the throne and the little’s prince’s welfare are now in the hands of his uncle. Withdrawn and deeply sad, the little prince took solace in the palace and would admire the beautiful porcelain, especially his mother’s favorite cup.

Then one day, his uncle decided to send him to the frontier for three days. Enraged by this decision, the little prince grabbed his mother precious cup and smashed it in a fit of anger. Realizing this bad decision made him immensely sad and he set out to repair his mother’s favorite cup. He found a porcelain shop where a craftsman showed the prince all the steps involved in making porcelain articles. He soon realized that his mother’s cup cannot be repaired.

When he became Emporer, he was still haunted by the memories of losing his mother’s cup and set out to make the most beautiful porcelain objects. With the best craftsman and painters, and the Emperor’s design, the Chicken Cup was created. He deeply cherished this beautiful cup and what it represented and he lovingly polished it every day. Today, this cup is housed in a museum for all to admire.

This story is written in English and has Chinese characters beneath to follow along. Porcelain evolved in China over 1200 years ago, and this book explains how it’s made and its importance in Chinese history. It’s a great story.