Christmas is the most wonderful time of the year for most of the world. Each country celebrates Christmas in their own festive style. Although there may be similarities, they also have their own unique traditions. 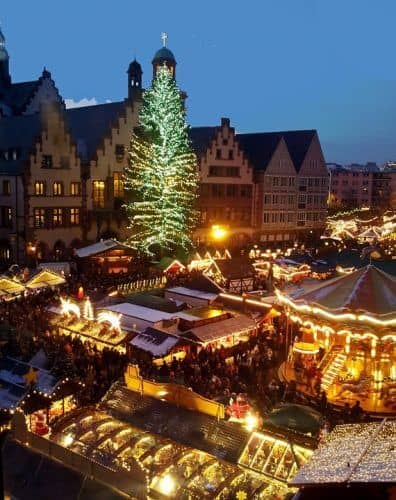 In Germany, Weihnachten (Christmas) begins on December 6th, St. Nicholas Day. Children will hang a shoe or boot above the fireplace. St. Nick will fill your shoe with sweets if they’re nice, or twigs if they’re naughty. Children will hand decorate letters on leave them on their windowsills for Christkind. He’s is their version of Santa Claus. He is accompanied by one of his devilish companions, Knecht Rupprecht, Peznickle, Ru-Klas, or other monstrous playmates.

Advent is a huge part of their celebration, and they create several different calendars. Germany is also well known for its Gingerbread Houses and cookies, Christbaumgeback, and they’re well-stocked for the holiday season. They have lots of outside Christmas markets where locals and tourists can stalk up on holidays food, toys, and ambience. 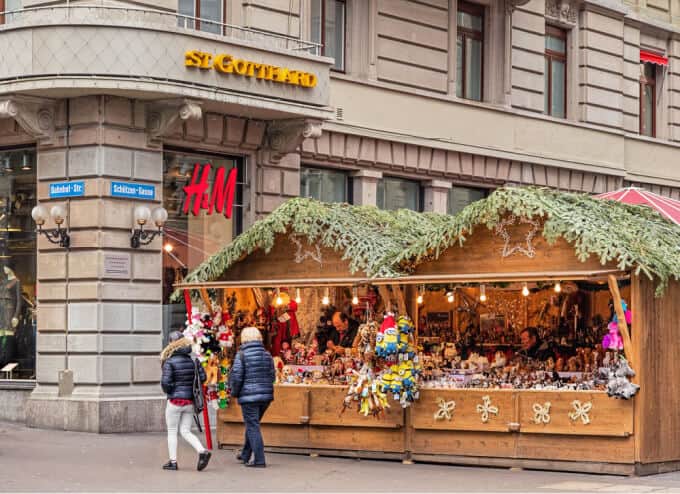 Switzerland is one of my favorite countries; I love being there! Their holiday celebrations start on the fourth Sunday before Christmas Eve. Because Advent calendars are a holiday tradition in Switzerland, you’ll find them everywhere. Children enjoy making their own calendars with 24 little windows; each will feature a Christmas scene.

Equally as important in Swiss tradition is the Advent Wreath. It’s made from a spruce garland and adorned with four candles. Each candle represents a Sunday in Advent.

Their Christmas trees are traditionally set up on Christmas Eve and decorated by the whole family. On the 24th, they also have a lavish and tasty meal, after which they sing hymns around the Christmas tree. Another tradition is going to midnight Mass and returning home to have their famous Swiss hot chocolate and ‘ringli’, which are huge decadent doughnuts. Children also hang their a shoe or boot above the fireplace for St. Nick to place candy, nuts and oranges. 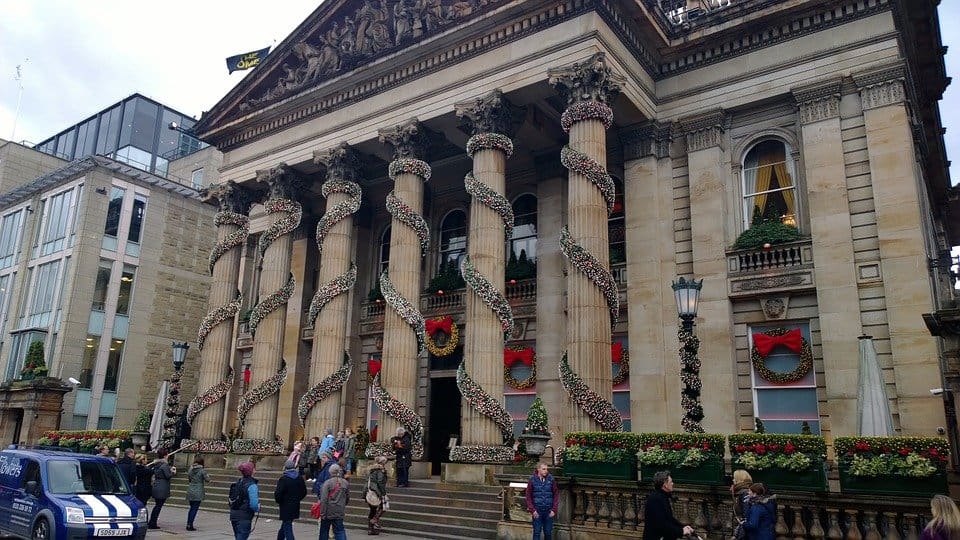 Christmas was banned in Scotland for nearly 400 years because it was seen as supporting Romanism. But, in 1958, Christmas Day was declared a public holiday. Even today, though, Christmas is a deemed a toned-down celebration. But that being said, prior to Halloween, gift shops will start showcasing holiday gift ideas. Small towns will set up and decorate trees is streams of bright lights. In the days leading up to Christmas, these lights are broken one by one by children, until there’s only one light left on top Christmas Eve.

The kids will write a letter to Santa Claus sharing all their desires, and it’s mailed off to Lapland. Children also enjoy making decorative Advent calendars, with festive little pictures behind each door. Hoping for lots of gifts, children will hang stockings on the ends of their beds. Traditional foods include plum pudding, black buns, sun cakes, bannock cakes, salmon, mince pies, fruit cake, and yule logs. 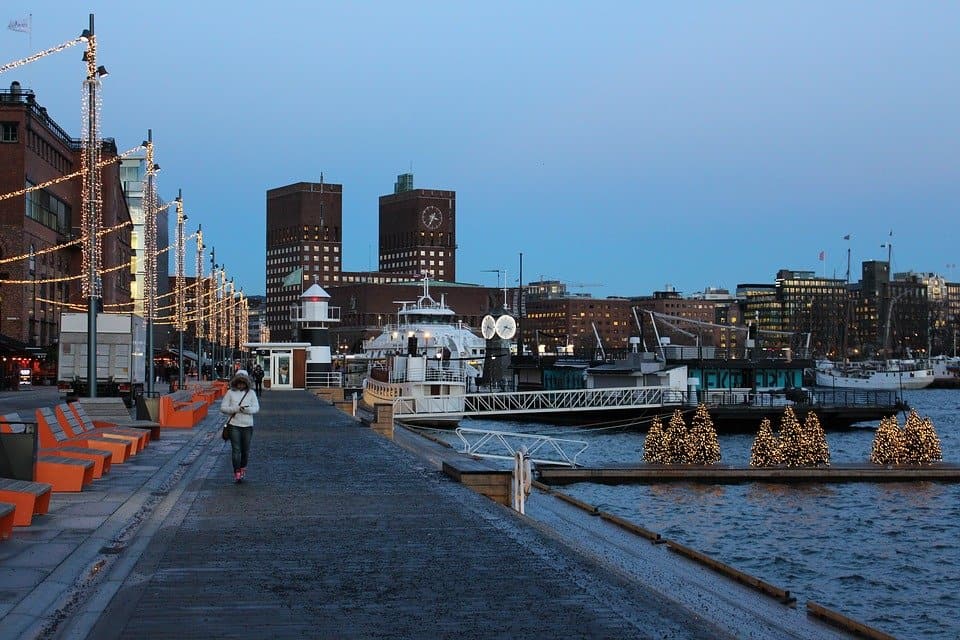 In Norway, they say ‘God Jul’ or ‘Gledelig Jul’, which means Happy or Merry Christmas. They have several traditions; one is that presents are exchanged on Christmas Eve by Julenissen (Santa) or small gnomes called Nisse. Another tradition starts on Christmas Eve, where they light a candle each night until New Year’s Day. A favorite custom is children dressing up as characters from the Christmas Story and goes out caroling from house to house.

A traditional tree decoration is darling little baskets called Julekurver, which is made in the shape of a heart. It’s rumored that in the 1860s, Hans Christen Andersen just may have invented them. Traditional foods are Norwegian Hole Cake, rice porridge, Julekake, which is loaded with candied peel, raisins, and cardamon. Their main Christmas meal is usually pork or mutton served with cabbage and potatoes.

I thought it was heartwarming to read that every year Norway gives the UK a huge Christmas tree as a thank you for helping them during WWII. The tree stands in Trafalgar Square where it can be admired and remembered by all. 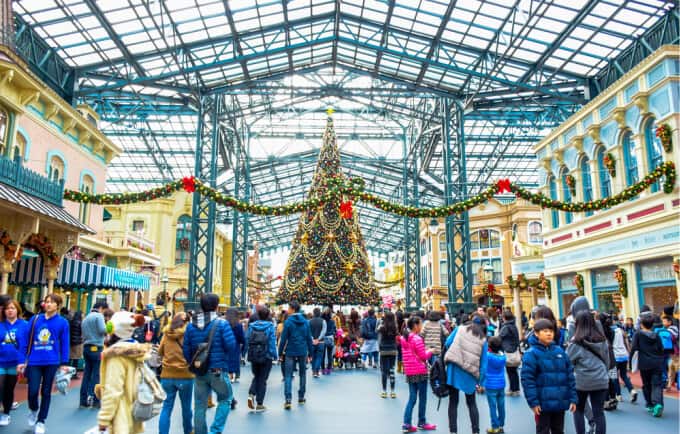 In Japan, Christmas is not a religious holiday, so schools, malls, and businesses are open. But Christmas is still widely celebrated for its ambience and for spreading love, joy, and happiness. Christmas Eve is more of a couples night, where they spend time a romantic time together and exchange gifts.

Japan has two Christmas customs; the first is Daiku, which refers to Beethoven’s ninth symphony. It’s performed in many locations throughout Japan during December. The second custom is their Christmas Cake. It’s a must-have for Japanese holidays and their bakeries make them by the thousands. Japan decorates in Japanese style. What would Christmas be without a festive Godzilla? How about food? They’re favorite meal during Christmas, is none other than KFC!

Happy Holidays, where ever you live!