Christmas is the most joyous time of year and celebrating this festive season varies from country to country. Some customs are similar, while others are quite different. Many countries enjoy decorating Christmas trees, hanging Advent wreaths, placing stockings on the mantle, and eating candy canes.

Just like North America, Christmas carols about the infant Jesus, St Nicholas, Santa Claus, Father Christmas, Christkind or Grandfather Frost, are sung in choirs, churches and on street corners. It’s heartwarming and touching to listen to festive songs being belted out by the locals, all over the world.

Sending Christmas card greetings, burning of a Yule log, and the giving and receiving of presents are warm traditions many grew up with and continue today. It’s interesting to learn how Christmas is celebrated around the world. Below are a few holiday traditions from various countries. 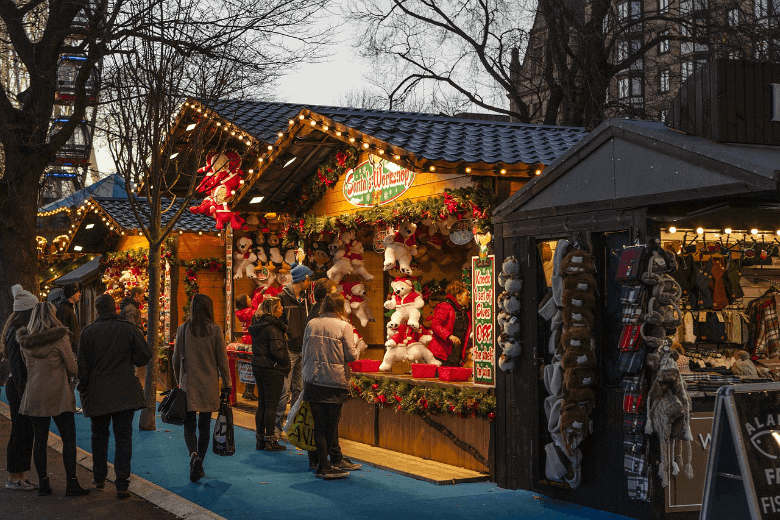 Denmark’s Julekalender (Christmas calendar) celebrates by airing a special Christmas episode each for 24 days in December leading up to Christmas Eve. Each year the two main Danish TV stations air two different versions of Julekalender. One is more for adults and the other for children to enjoy and follow along. The plots and storylines are akin to each other with a culprit trying to destroy Christmas and a main character/s stepping in to save the festive moment. Popular Christmas foods include goose or pork served with boiled and sweet potatoes, roast duck, beetroot, red cabbage, and cranberry jam/sauce.

In Russia, Christmas is traditionally celebrated on January 7th by most people in that country. Some will celebrate the festivities on December 25th. The Orthodox Church also celebrates Advent from November 28th to January 6th, so it’s 40 days long. The main food eaten during Christmas Eve is sauerkraut. A family may serve it with finely shredded, juicy cranberries, onion rings, and cumin. Another dish served during the holiday season is porridge dishes like buckwheat that are dished up with a serving of fried mushrooms and onions.

In Belgium, children believe that Sinterklaas/St. Niklaas or Saint Nicholas will bring them presents on December 6th, St. Nicholas’ Day. Children put their shoes in front of the fireplace, along with some biscuits, tangerines, gingerbread, mokjes for St. Nick, carrots for Sinterklass’s horse, and something for Zwarte Piet (Black Peter, Sinterklass’s assistant). During the dark of the night, Sinterklaas lands on the roof with his beloved horse with Zwarte Piet. It’s hard to believe, but it’s Zwarte Piet that climbs down the chimneys and leaves the pile of presents in and around the people’s shoes. Just like Santa, Sinterklaas has a tell-all book that discloses the names of the children that were naughty and nice. Naughty children, will not get gifts, but will be put in his sack and taken you back to Spain by Zwarte Piet! So, you better watch out! 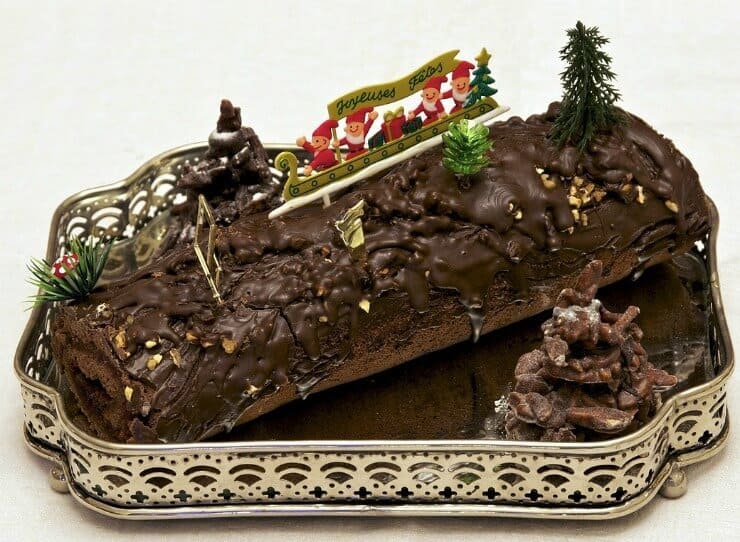 Ukraine uses the old ‘Julian’ calendar for their church festivals, so Christmas is celebrated on January 7th. Sviata Vecheria (or Holy Supper) is what their main Christmas meal is called and it’s enjoyed on Christmas Eve (6th January). They will fast all day and then eat when the first star appears in the sky. This special supper consists of 12 separate dishes that represent the 12 disciples. The main dish is a sweet porridge made of wheat called kutia. Other dishes can include mushrooms, sauerkraut, red borsch, dumplings known as ‘varenyky’ (Pierogi), whitefish, ‘bigos’ ( meat and cabbage stew), cheesecake and bread.

In France, Père Noël (Father Christmas) is the one everyone longs to see on Christmas Eve. In eastern France, he has a companion known as Le Pere Fouettard who dresses in black. Some believe he might be Zwarte Piet of The Netherlands. Very often the French will decorate their homes with a Nativity crib featuring clay figures. The main Christmas meal, Réveillon, is made of hearty dishes and eaten on Christmas Eve/early Christmas morning after returning from their midnight Church Service. Dishes might include roast goose and turkey along with chestnuts. Platters of venison, lobster, oysters, and various cheeses are also enjoyed. They save the best for last, a scrumptious chocolate sponge cake log called a bûche de Noël. 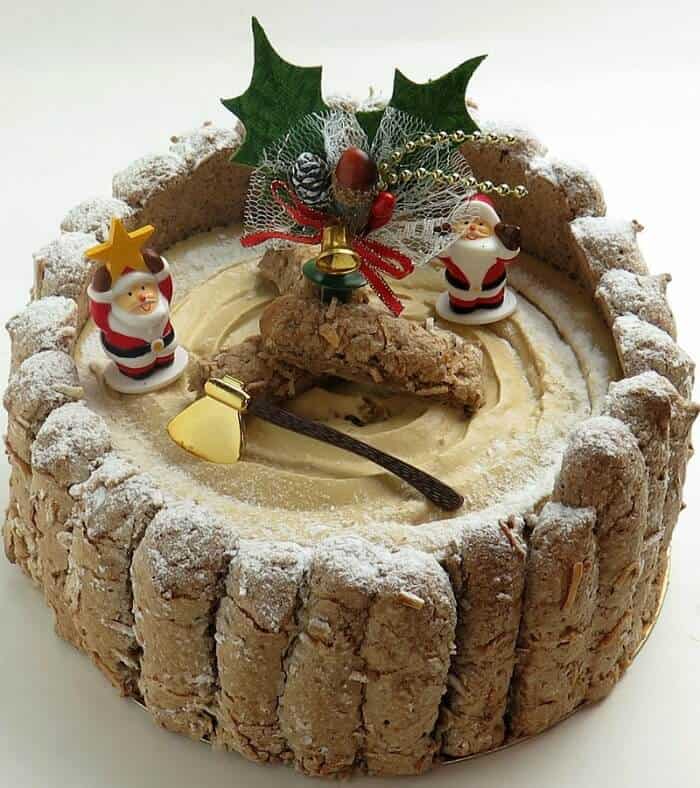 In Greece, Christmas is called Christougena, and it’s celebrated on December 25th with Saint Vasilis (Santa Claus). Like other countries, Saint Vasilis delivers gifts on Christmas Eve. Christmas Eve is very special for the children because they get to stroll the town streets serenading the townspeople with ‘kalanda’ (Christmas carols) while playing triangles and drums. A very old Greek custom is to carry model boats painted gold and decorated with nuts. While many countries have Christmas Elves, the Greeks have ‘kallikantzaroi.’ They are mischievous and even dangerous elves that prey upon people only during the twelve days of Christmas between December 25 and Epiphany on January 6th.

In Ireland, Christmas is celebrated similarly to the US, but they do have customs and traditions. Some people burn a large candle on their window sill during the late hours of Christmas Eve. This custom represents a warm welcoming light for Joseph and Mary. Another disappearing ancient tradition that happens on St. Stephen’s Day, aka Boxing Day, is the Wren Boys Procession.

In Kenya, Christmas is celebrated on December 25th and is called ‘Krismasi’ in the local Swahili dialect. Homes, Churches, and shopping malls are decorated in holiday splendor with balloons, ribbons, and green plants. Cypress trees are used as Christmas trees and adorned with candles, bells, and small presents.

Experiencing and celebrating Christmas in different countries is to open our hearts to non-traditional ways. It’s about getting in the holiday spirit and making the holidays a truly memorable celebration. If you have a Christmas tradition that is unique to your country or family, please share below. I’d love to read it.