This year marks Canada’s 150th birthday and people from all over the world will be visiting and celebrating with us. Cool eh! So, it’s only fitting that I share some engaging books that feature this beautiful country. Grab a double-double and relax as we explore fun facts about Canada from A to Zed. 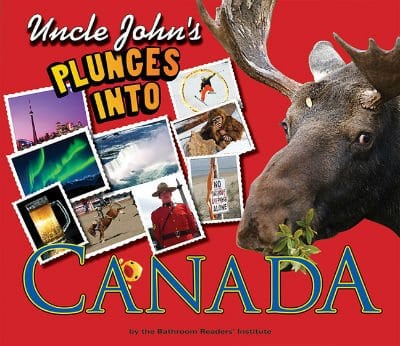 Uncle John and the folks at the Bathroom Readers’ Institute love all things Canadian and figure that just because we weren’t lucky enough to be born in the Great White North doesn’t mean we can’t devote an entire Bathroom Reader to the cause . . . and this time we’re doing it in Technicolor! Uncle John’s Plunges into Canada (Illustrated Edition) is full of cool trivia and fascinating facts about the greatest country in the world, but now it’s jam-packed with photographs and illustrations too! So put away the hockey gear, grab a plate of Kraft dinner, and join us. Whether you’re a true Canuck or just always wanted to be one, this book is for you! 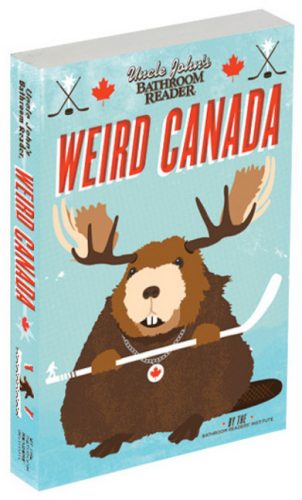 Did you know that Canada was almost called Hochelaga? That’s just one many odd facts you’ll find inside the pages of Uncle John’s book. Page after page of bizarre history (like why the beaver was once classified as a fish), plus head-scratching news items (like the crook who returned to the Tim Hortons he’d just robbed to tip the workers), odd places to go (like Mr. Spock’s birthplace in a town called Vulcan), and crazy eats (like the restaurant that makes you eat in complete darkness). So whether you live in Come By Chance, Joe Batt’s Arm, Starvation Cove, or anywhere else inside (or outside) of Canada, Yukon count on Uncle John to deliver a world of weirdness from all over this great country. For example:

– Cow-patty bingo in Alberta (Rule #1: Wear gloves)
– How to enforce the new Quebec law that requires dogs to be bilingual
– The sea of Molson Golden that once shut down an Ontario freeway
– The mystery of the mini earthquakes in a New Brunswick town
– Why it’s illegal to kill a sasquatch in British Columbia
– The Nova Scotia company that makes mattresses for cows
– Saskatchewan’s Willow Bunch Giant, a real man who could lift a horse over his head
– The giant fiberglass ‘Happy Rock’ statue in – where else? – Gladstone, Manitoba
And much, much more! It just gets weirder!

The Native Trees of Canada 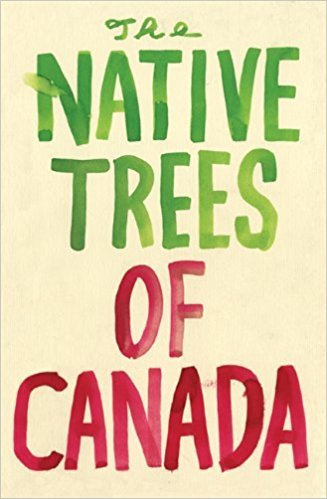 While shopping in a used bookstore, Leanne Shapton happened upon an old edition of the government reference book, The Native Trees of Canada, originally published in 1917 by the Canadian Department of Northern Affairs and National Resources. Most people would simply view the book as a dry cataloging of a boring subject. Shapton, however, was immediately enchanted by the dusty compilation, saw beauty in the technical details, and was inspired to create her own artistic interpretation of The Native Trees of Canada as a present for her fiance.

Shapton distills each image into its simplest form, using vivid colors in lush gouache paint. She takes the otherwise complex objects of trees and strips them down into bold, almost abstract shapes and colors. Her passion is evident in each painting: the water birch is represented as two pulsating red bulbs contrasted against a grey backdrop; the eastern white pine is represented by a close up of its leaves against a radiant summer sky. 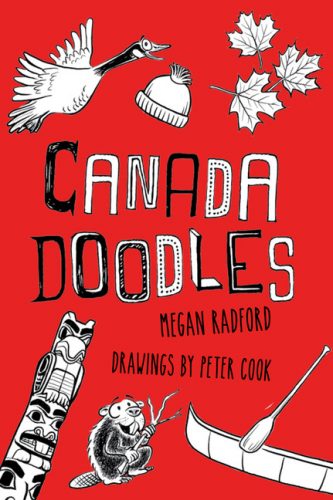 Explore the rugged beauty of Canada’s varied landscape as you travel on highways, in trains and planes, and even floating in bathtubs. Enjoy a plate of poutine and other tasty treats, admire the world’s biggest tomahawk, and take in a hockey game. And learn about highway overpasses Banff National Park built so to protect the wildlife.

C is For Canada 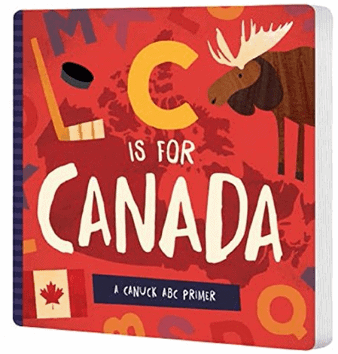 C is for Canada is a beautifully illustrated book for children. Each letter of the alphabet shares an image that is relatable to Canada. E is for Eh!

With I is for Inuit, H is for Hockey, L is for Loonies, and O is for Ogopogo, going from A to Zed has never been more fun. Take an alphabetic field trip through the Great White North and discover plants, animals, and places that make Canada well, unique, eh? 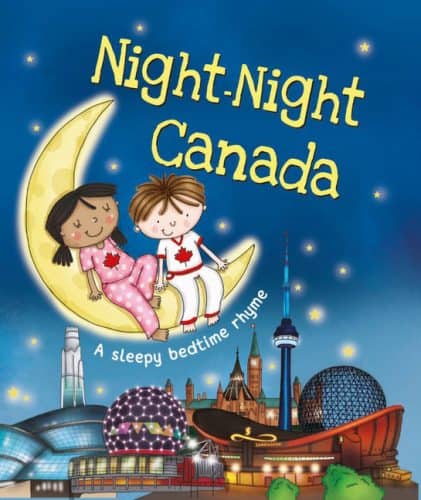 It’s bedtime in Canada, and two little children are saying goodnight to all their favorite locations in Calgary, including:

What a better way to end than with the Night Night Canada book. Here’s your chance to win all of these Canadian books.