There are some books that are deemed classic and timeless; we never tire of them and most have been made into movies. These classics have gripping storylines and endearing characters that capture our attention and harness our emotions every time we read them. Many of these classics though are too hard for small children to read, or at least they use to be. Cozy Classics introduces our beloved classic stories at a level for children who are learning to read and expand their vocabulary.

The books are thick with sturdy pages that feature pictures of felt characters. They’re visually appealing and use one word to describe the scene. Check out a few of their titles. 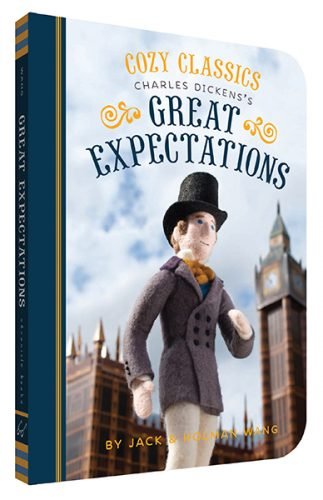 This brand-new addition to the Cozy Classics series retells the charming tale called Great Expectations. It’s the 13th novel by Charles Dickens, and it depicts the events that happened to an orphan named Pip. He lives with his abusive sister and her husband. After the misfortune of dealing with a few convicts, Pip’s Uncle arranges for him to go to the house of a wealthy reclusive woman. There he meets Estella. 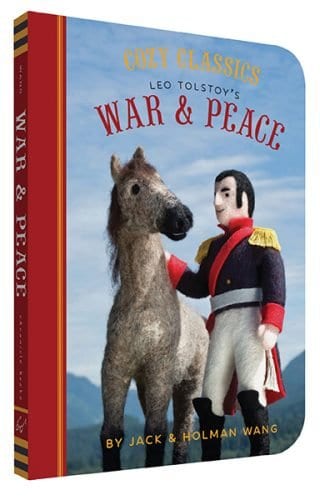 Tolstoy’s long (very long) tour de force of love and war can be enjoyed in a minute! It’s about Russian royalty, love and the effects of war. We are first introduced to the major families at a soiree at the Anna Pavlovna’s home. Prince Andrey and Pierre discuss their futures. Old Count Bezuhov dies, leaving Pierre wealthy, titled, and the most eligible bachelor in Petersburg. There are actually 15 books in this series. 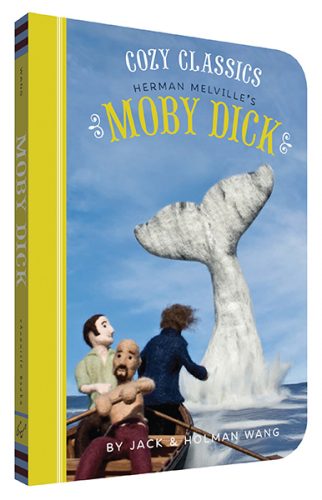 Captain Ahab is obsessed with a great white whale called Moby Dick; it’s all he thinks about. Thrill to Melville’s masterpiece of the epic battle between man and whale, told in twelve words. 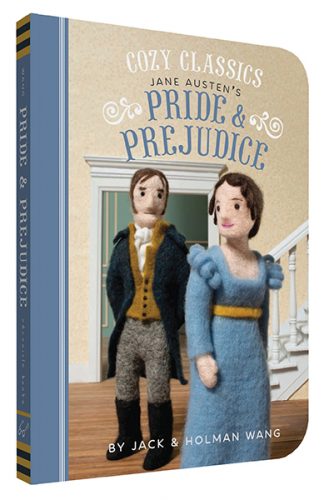 Pride and Prejudice is a novel that was first published in 1813 by Jane Austen. The story follows the main character Elizabeth Bennet and her love for Mr. Darcy.

The colorful and inviting pages tell the story, but they also open up windows for kids to explore, expand and use their imagination. They’re great books for small children and we’re happy to have them in our library.