I’ve been a fan of Star Wars since its first movie release and I’ve become attached to many of their unique and beloved characters. I happen to like Darth Vader….hey don’t hate! Darth Vader has gotten a bad rap over the past few decades. Deep down he’s just a dad with a very dark past who made some pretty bad choices. Albeit they were big, but he came around in the end.

My new storybooks offer a fresh twist and bring out the humor of Darth Vader raising Luke and Leia Skywalker. He’s like every other dad taking an active role in raising his kids on a galaxy far far away from Earth.

These Star Wars storybooks resemble a comic book, but with a hardcover. Kids are naturally moved by the force to read comic books. They’re fun, visually attractive, and are the perfect vehicle to teach the joy of reading to kids of all ages. Come along with me as we check out a few Darth Vaders books and read about his parenting skills. 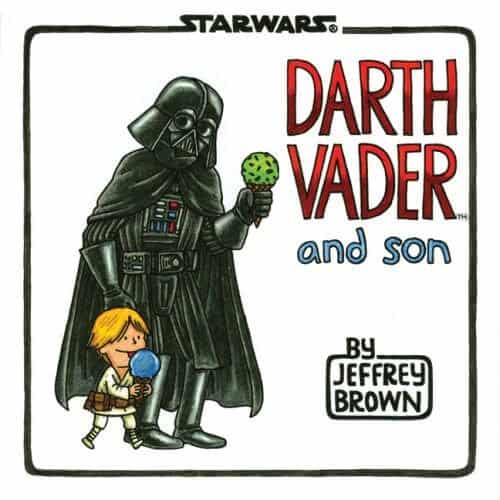 Luke, I am your father!! In these storybooks, Darth lives up to this title. In Darth Vader and Son, Darth shares the work it takes to raise Luke, while still maintaining his position as a Sith Lord. There are lots of life lessons, oodles of giggles, many familiar Star Wars phrases, and everyday situations that are relatable no matter what planet you live on. Luke is learning how to use the ‘force’, but not always for the best reasons, and Darth is trying to use the force to make Luke obedient, but it’s not working either. Despite Darth’s plans to destroy the Rebel Alliance, Luke is oblivious to this and only see’s life through the eyes of a kiddo. The love and warmth they have for each other comes through every page. 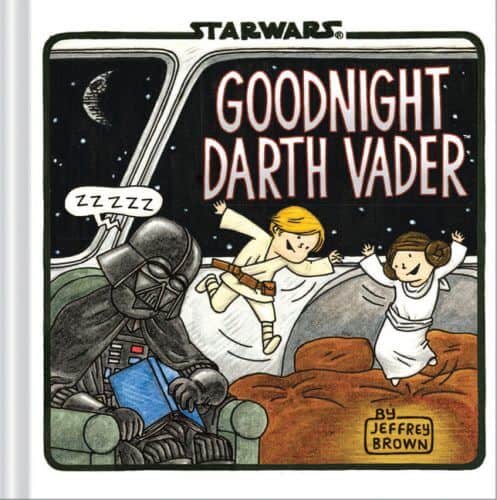 Regardless of the galaxy, you live in, kids never want to go to bed on time. It’s no different for Darth Vader. In this storybook, Luke and Leia are not tired and want their dad to read them a bedtime story. He reads them a story about how other aliens, droids, and friends getting ready for bed. The list included Jar Jar, Sebulba, Chewie, the Jawa’s, and many more critters. In the end, Darth falls asleep and the kids are wide awake. 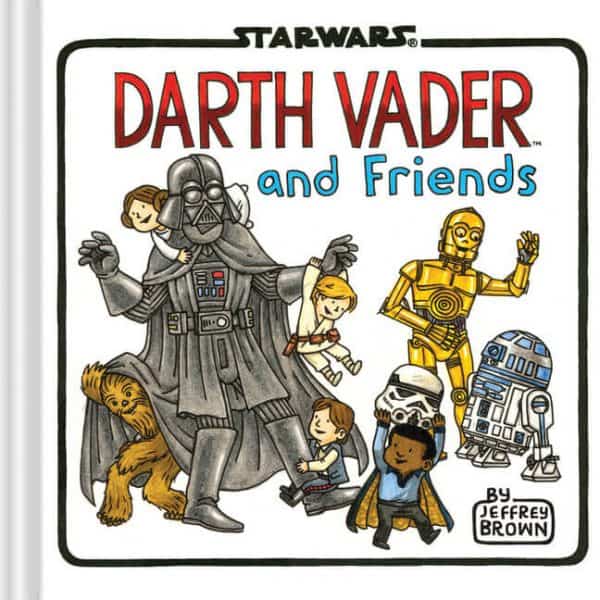 Darth Vader and Friends offers an intimate look at the bond various Star Wars characters have with each other. Darth Vader, Leia, the Ewoks, and many other Star Wars favorites are mentioned. It also shows how they interact with each other when playing, working, hanging out, or when in school. As you flip through the pages, familiarity will set in. I love the illustration of Darth looking for his helmet and him asking Leia where it is. She was playing with it and decided to decorate it with lots of red flower decals. It’s a girly thing!

All the books show the hilarious side of normal life in the galaxy with a Star Wars inference. The illustrations are colorful, eye-catching, and tell a story. We love the Darth Vader books and are delighted to have them in our family collection.