Disney has been creating charming princesses since 1937 starting with our beloved Snow White. Back then, the old generation of princesses had soft, delicate personalities and did not accomplish any heroic feats in their stories. Today, the new generation of princesses keep up with the modern girl. They have strong personalities with something to say and prove, and they will not be held back. They’re action takers. A princess that fits this description is Princess Merida.

Princess Merida is the blue-eyed, freckle-faced, 16-year-old daughter of King Fergus and Queen Elinor, who rule the Scottish kingdom of DunBroch. Merida is an impetuous, headstrong, spirited lass, with long, wildly curly, fiery hair.  Merida is a girl that feels at home in the great outdoors with her best friend, Angus her horse. Here she has the freedom to sharpen her archery and sword-fighting skills without any interference. 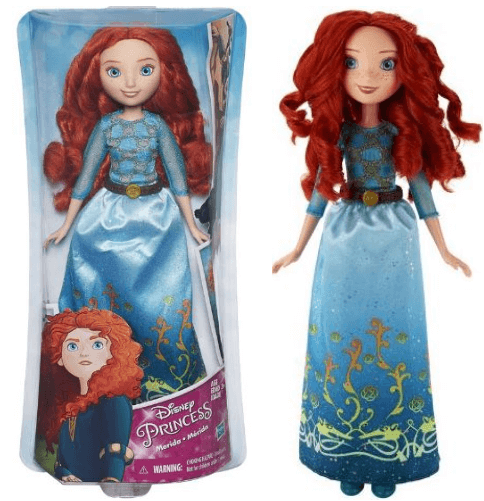 Despite Merida’s outgoing, forceful personality, she has a tremendous love for her triplet brothers.  She’s brave in the face of danger, but her strongest attribute is her passion. Merida is passionate about changing her fate. She blatantly defies ancient tradition and will not do anything that is against her spirit or doesn’t feel right in her heart. And no one is going to tame her.

To me, Merida is a great role model for young girls today. Some kids may be coerced into a group, sport, or career that does not resonate with them. It takes real passion and courage to speak up, be heard, and follow one’s dream. Like Merida, we want our kids to live a free life.; free from the burden of peer and adult pressure. Kids and adults are the happiest when they are doing what feels right; life just flows better.

To honor Princess Merida, Disney has created some gorgeous dolls and toys that are part of the Disney Princess line. 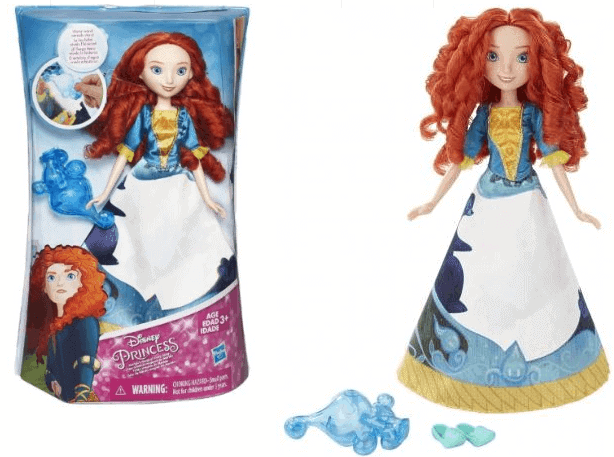 Merida’s Magical Story Skirt Doll is such a cool toy. Merida stands about 28 cm (11 inches) tall and has long, bright curly hair and a lovely magical Gaelic frock with a bear (her mom) on a white detachable skirt. She comes with a water wand and removable dainty blue shoes. Merida’s skirt tells a hidden story. To reveal this secret, you will need to fill the water wand with water and use the sponge end to brush her skirt. A magical scene will appear that shows Merida in action. Once it dries, it fades away waiting to be revealed again. Her features are very realistic to the character in the movie Brave. Recommended for ages 3+ and retails for $29.99 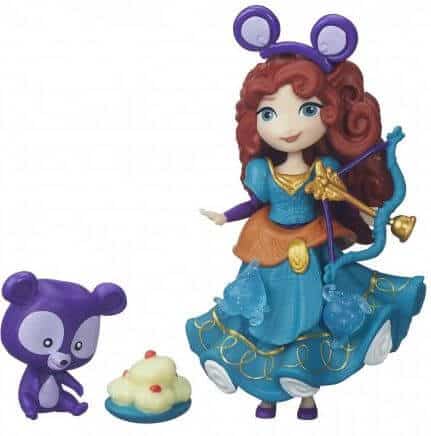 The Merida Doll box is itself attractive; it features scenes from the movie Brave. The wide-eyed Merida has adorable freckles, a charming smile, and her hallmark untamed, curly, fiery hair. She’s wearing a stunning blue dress with modest sparkles and swirl designs, a belt with her family crest, and matching shoes. Her head, legs, and arms move freely. Recommended for ages 3+ and retails for $17.99 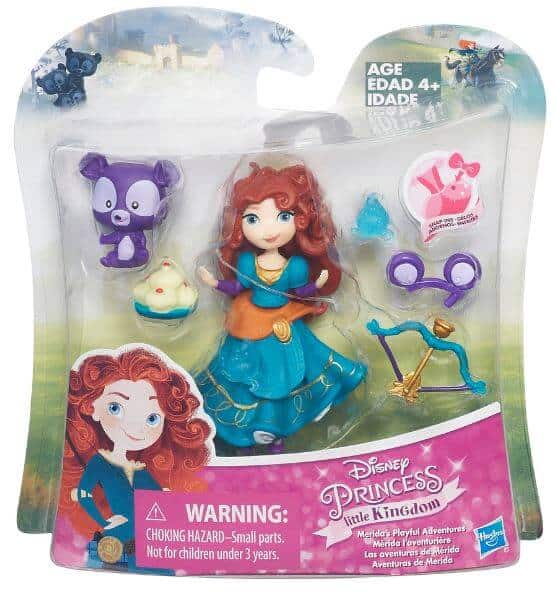 The Merida Playful Adventures set is a must-have for your Disney Princess collection. Merida has the most charming face; we were immediately attracted to her doe-like eyes and little freckles. Her hair is a deep auburn with oodles of swirly curls. Her dress is a dark teal with a removable peplum and bodice, all of which can be interchanged with other Little Kingdom characters.

She also comes with several accessories; her bear brother, a tray of treats that bear snaps onto his stomach, and her own bow and arrow so your little girl can hone her own archery skills. Recommended for ages 3+ and retails for $9.99

Children are influenced positively by the engaging stories and happy ending each princess shares. Now they can use the Disney Princess collection to ignite their young imaginations and create their own magical realm where they set the story and make the rules. It’s so natural!

Disclaimer: I received complimentary products to facilitate a review. All opinions express are my own, yours may differ.