Kids are naturally attracted to bold and colorful books. If the front cover has a striking image, kids will flip open the book and explore its contents. This is why my family likes the DK Findout books. These books are a new series of DK resource books that are loaded with amazing illustrations and images, offer fun and interesting quizzes, and up to date information kids aspire to know.

The Findout Books feature a variety of topics from science to space to animals to castles to ancient cities. Each book is captivating and filled with interesting facts, myth busters, and surprising stuff you never knew. Here are a few books that my family really like. 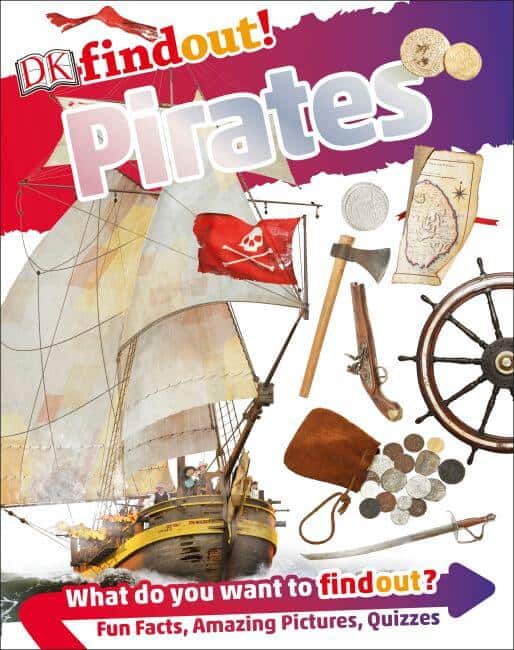 Arr Matey! All swashbuckling hands on deck! Kids will get a kick out of the cool facts about pirates and their dangerous life on the high seas. With a mangy and brutal crew, they plague the oceans in search of treasure. Kids will learn about the careers of some of the most notorious pirates including females. You’ll also learn about the loot they scored, buried treasure, treasure maps, the rules they followed, the fleets they manned, the punishment they endured if caught and so much more! Plus see real images of swords, cannons, pistols, coins, and pirates flags. 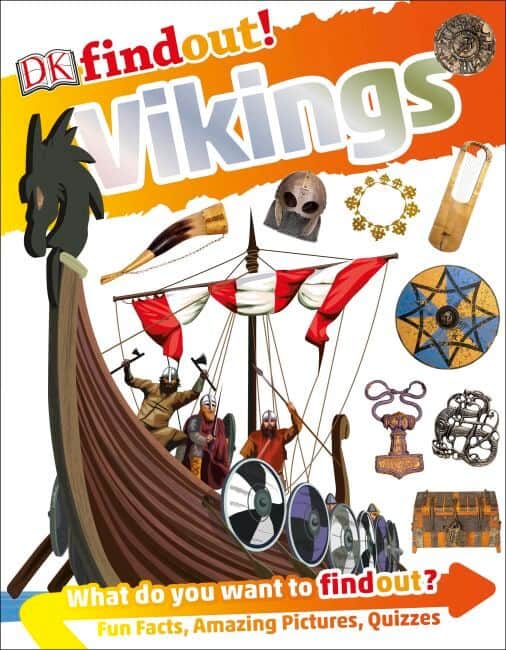 Vikings were Norse seafaring adventurers and fierce warriors. Their land became overcrowded so they set sail on long voyages to raid other countries and establish new settlements. Children will learn about the most famous Vikings, their homeland, longships, warriors, and their ill-gotten gains. You’ll get to peek inside a Viking home, see how they dressed, the food they ate, the games they played, their gods and goddesses and their beliefs about the afterlife. 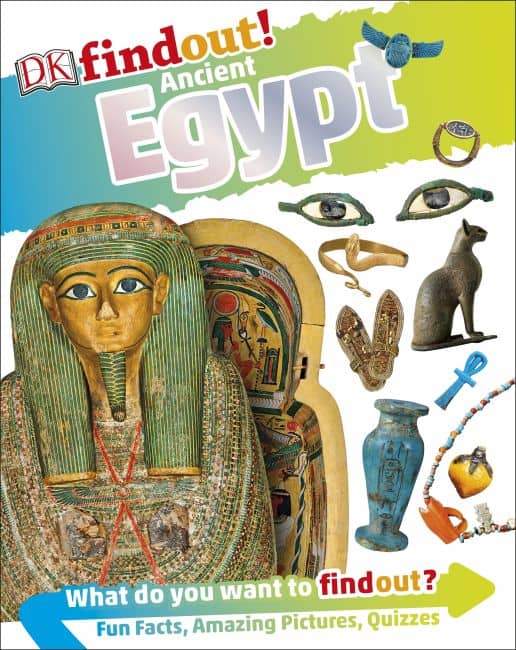 Ancient Egypt is a topic that will never get old. Kids will be amazed as they learn about the Pharaohs, mummies, pyramids, tombs and hieroglyphics. Take peek into the Egyptian empire and everyday society. Learn how pyramids were made, how bodies were mummified and the book of the dead. The Egyptians will also share their favorite garments and some beauty tips. Did you know that some Egyptians used razors to shave off their real hair and then wear wigs? This book is filled with a plethora of interesting facts and amazing images. 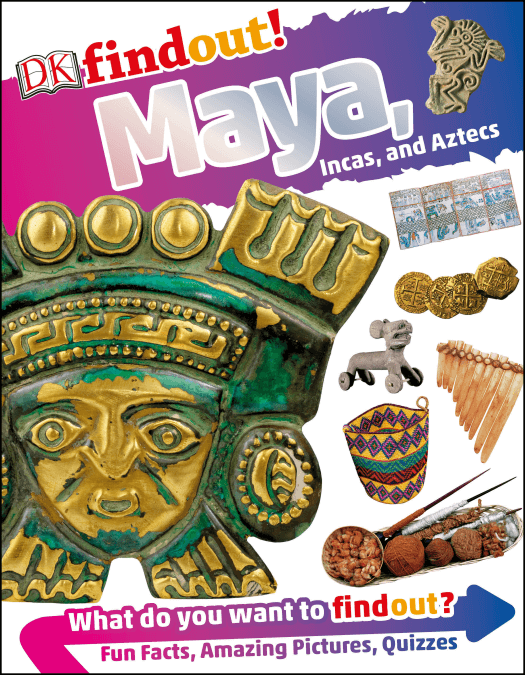 Kids will be mesmerized as they step back in time to learn about three ancient civilizations, the Maya, Incas and Aztecs. As kids explore each civilization’s ancient city, they’ll get a perspective of how they lived, their gods, ceremonies, art and pottery, their unique written language and numbers, medicine, treasures, calendars and even sports. Did you know that the Mayans used glyphs to name each day on the calendar and believe that the world started again every 5,130 years?  Guess who invented hot chocolate? 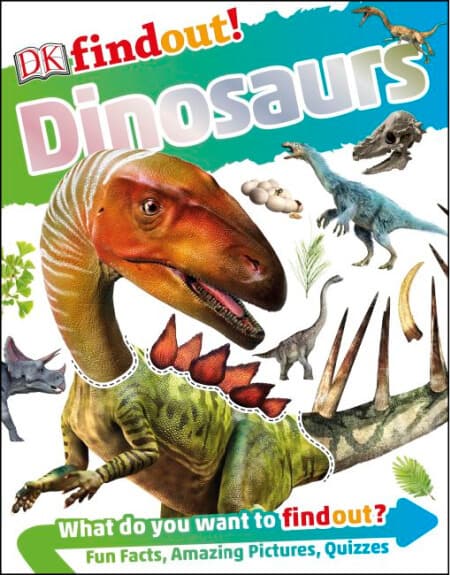 Nearly every family has a child that eats, breathes and sleeps dinosaurs. The DK Findout Dinosaurs book will expand the knowledge of dinosaur fans and prehistoric fact-seekers. Kids will learn about the different kinds of dinosaurs, how big they were, fossils, their environment, where they lived, their eggs, their colors, which ones had feathers and which swam the oceans. Did you know that the Troodon was deemed the smartest dinosaur because it had the largest brain? Or did you know that in 2006, a new dinosaur was named Dracorex Hogwartsia which means dragon king of Hogwarts? This is an awesome resource book that kids will find hard to put down.

Disclaimer: I received products to facilitate a review. All opinions are my own, yours may differ.