The rain in Spain falls mainly on the plain, so the lyrics say in My Fair Lady. Truth is, Spain is deemed the sunniest country in Europe with more than 300 days of glorious sun. Depending on where you vacation, temperatures can reach an uncomfortable 45 C during the summer months, but the average temps are around 32 C. A lot of shops close during the summer months because of the stifling heat and everyone heads for the beach. 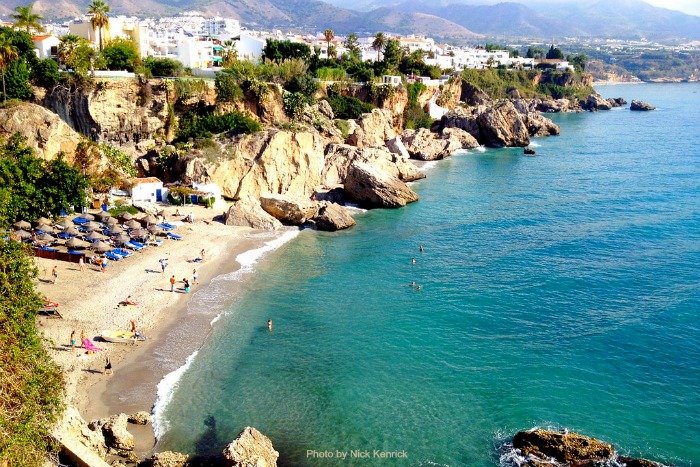 Spain is spread across 85 percent of the Iberian Peninsula, which it shares with neighboring Portugal, and is nestled between two immense bodies of water: the Mediterranean Sea and the Atlantic Ocean. Spain has over 2000 square miles of coastal luxury and beachfront envy making it one of the best vacation locations. Every year tourists from around the globe flock to these Mediterranean beaches to relax and soak up some sun.

For those who like to trek off the beaten path and explore the hidden beauties in each country, Spain has many surprises. With a deluge of charming villages and small towns, there is no shortage of picturesque places to scout and experience, and Albarracín is one of them.

Immerse yourself in Albarracín as you’re instantly transported back in time to the middle ages. Untouched by modernization, Albarracín is a beautiful remote village nuzzled in the stony hills of east-central Spain, above the Guadalaviar River, in the province of Teruel. It was built around the pre-Romanesque church of Santa María because of its defensive position. Albarracín is surrounded by an imposing fortified enclosure which far exceeds the township. This barrace is the result of centuries of construction starting back in the 10th century.

Walking into this village, its historic ambience is tangible. Past events, memories, and experiences are echoed in their landscape, structures, and lifestyle. Although there are only about 1100 residents now, it’s Moorish influence is still lovingly maintained. Pink hued medieval homes— steep, twisting and narrow streetscapes— and a gorgeous castle ruin on a clifftop in the old town, make Albarracín an irresistible find. 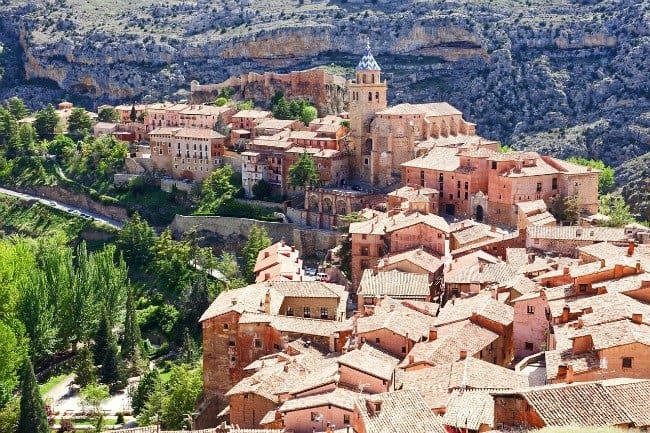 The Alcázar Fortress and the Andador Tower are both from the 10th century. The Andador Tower or Tower of the Walker is located in the highest part of the defensive enclosure of the walls of Albarracín. It’s now a national monument. The walls were built around the poor area of Engarrada in the 11th century. Then, after the Reconquest, new sections of walls were built by the Kings of Aragon and Christian Lords. Today there are eleven round towers and one square tower.

The steep streets are very evident and require lots of leg power to reach the local plaza. The Plaza Mayor is a small square in the heart of the village where locals and tourists can mingle and enjoy a refreshing drink. It’s also home to the Town Hall which dates back to the 14th century — from here it provides an amazing lookout point over the Guadalaviar River.

The El Salvador Cathedral that stands now was built in the 16th century over the remains of a 12th-century Romanesque temple. The Diocese Museum, a former Bishop’s Palace, exhibits an invaluable collection of rare pieces of art from around the globe and flamenco tapestries.

For those you are interested in prehistoric painting, you can visit the Albarracín Cultural Park. There are samples of post-Palaeolithic art from between c. 6000 and 1000 A.D. that can be seen throughout the park. 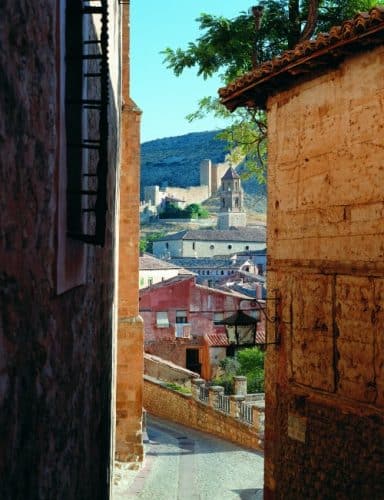 The best way to experience Albarracín is on foot. Only then can you acquaint yourself with every little path and corner where secrets have laid dormant for centuries and beckon to be exposed. You won’t be disappointed.