France is a strikingly beautiful country in Western Europe, and according to the United Nations World Tourism Organization, it’s said to be the world’s most visited country. It’s punctuated with medieval cities, alpine villages, canals, Mediterranean beaches, and vineyards. France is also known for its exquisite cuisine and a host of famous painters and sculptors. What would the Art world be without Monet and Cézanne among many others?

I’ve been to France several times and although they are not the warmest, nor will they always speak English, there is a beauty about the country that draws you back. For me, it’s not so much the big and popular cities and sights, it’s the offbeat and less trodden places that capture the heart. And one of those places is the delightful fairytale town of Colmar. With just over 68,000 residents, it still retains a quaint country village charm that is truly unlike any other city in the world. 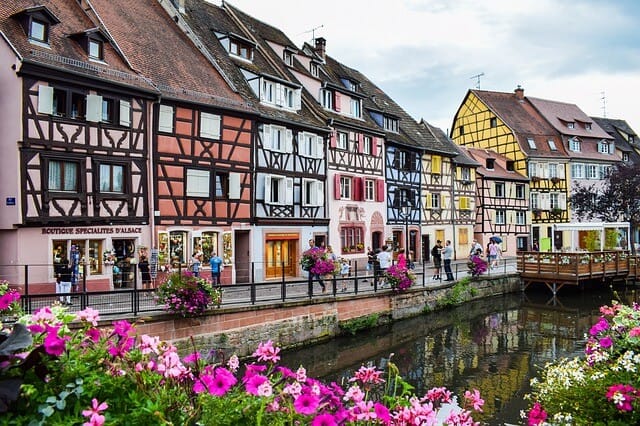 Comar is located near two of my favorite alpine countries, Switzerland and Germany. Nestled between the Rhine and Vosges on the way to the Alsatian Wine Route, tourists can experience 1000 years of European history. Colmar has deemed itself to be the “capital of Alsatian wine”. Architectural landmarks and museums draw visitors all year round, among which is the Unterlinden Museum with the Isenheim Altarpiece.

In Eastern France, Colmar is one of the best-preserved historical towns. It’s also known as Little Venice because of its charming canals. Its historical center is deemed a protected area and improvements and restoration have been going on for over 20 years. 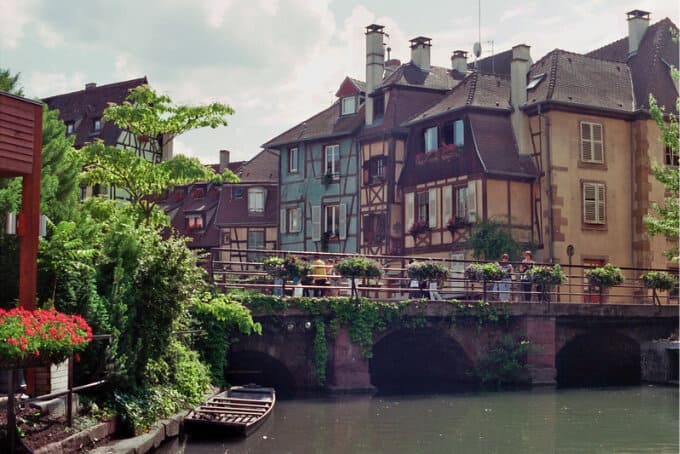 It’s so easy to embrace Colmar with its 12th-century ambience. Its colorful half-timbered medieval homes, cobblestone streets, fountains, and swan-filled canals make Colmar the prettiest city in France — but I wouldn’t be far-reaching to say, perhaps in the world. It’s so picturesque and postcard-perfect, it’s a dream location for both novice and pro photographers, or for those who would like the experience of stepping into a fairytale realm.

♥Colmar contains superb examples of Middle Age Gothic architecture, such as the Collegiate Church of St. Martin, St. Matthew’s Church, and the Church of the Dominicans. Saint Mattieu is a Protestant church that was built in 1292. It’s lined with vintage oil paintings and houses a huge pipe organ.

♥Some of the civic buildings also reflect the architectural splendor of the Middle Ages in Colmar, including the Adolph House dating from the second half of the 14th century, or the “Huselin zum Swan” house, on rue Schongauer. 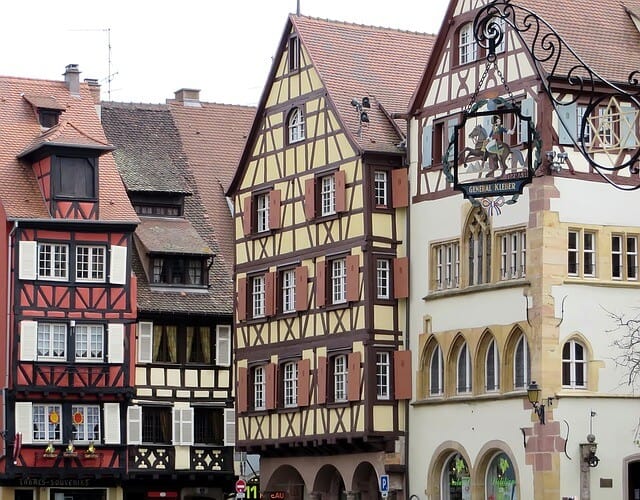 Adolph House was built around 1350 and is considered to be one of the oldest in Colmar. It owes its name to the Adolph family, who removed the gothic picture windows at the end of the 19th century. The late 14th-century picture windows, shown with the pointed-arch windows, show the influence of the religious art on urban architecture. The third story and the half-timbered gable have been added in the 16th century.

♥Things to See and Experience♥

Most of the attractions in Colmar can be found in the Old Town, especially along Grand Rue. Wear a good pair of shoes because this area is best experienced on foot. It’s a pretty stroll where you’ll discover all the nooks, crannies, and darling little shops.

Tourists can board a tour boat and take in the beauty of the scenic canal ways. You’ll feel like you’ve stepped way back in time. You can almost envision life as it was centuries ago; it’s so surreal.

Centuries ago, the ground floor of the Koïfhus was used as a warehouse and as a place of taxation for imported and exported goods. It also served as a place for Deputies and Magistrates of the Décapole, and the Federation of the 10 imperial cities of Alsace, which was created in 1534 to meet. Around 1840 it was a theater and in 1848 it was the first office of the discount bank. The Chamber of Commerce and Industry used the Koïfhus from 1870 to 1930, then it became a Catholic boy school and an Israelite school in the late 19th century. Today it’s used for public functions. 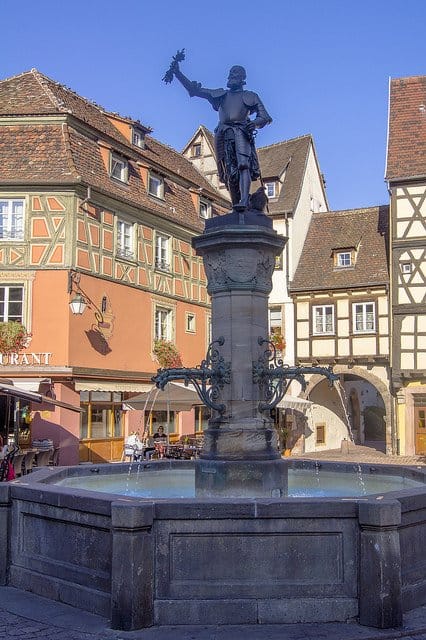 The Schwendi Statue was created in 1898 by Bartholdi. It represents Lazarus Schwendi ( 1522 – 1583 ), who was a diplomat and General in the Imperial Army of the Holy Roman Empire. Schwendi was best known for his victories against the Ottoman Empire in the 1560s. His reward was the Chateau de Hohlandsbourg. 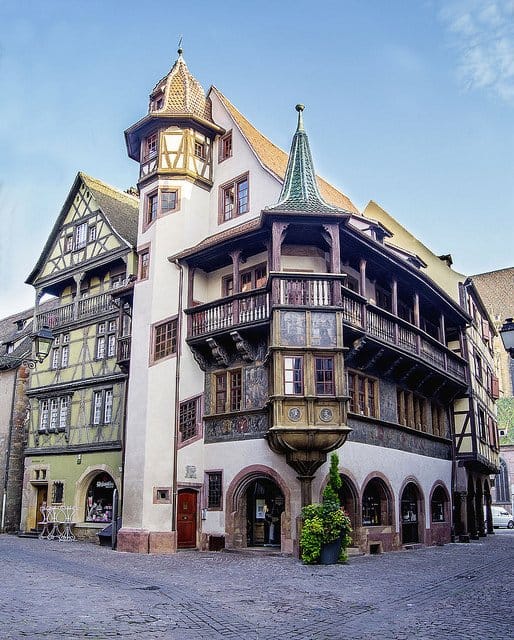 The Pfister house is probably the most famous house in Colmar. It was built in 1537, as indicated by a date inscribed on a turret window by Louis Scherer, a Hatter originating from Besançon. It went through several owners and in 1841, the merchant François Jean Pfister and, in 1860, François Joseph Pfister, were the owners (hence his name today). Since 1892, it belongs to the Judlin family who, in 1909, had it restored in the rules of the art. The house has been classified as a historic monument since March 14, 1927.

The Unterlinden Museum started life as a 13th-century medieval convent for the Dominican religious sisters. The building officially became the museum in the mid 19th century where it houses the Isenheim Altarpiece by Matthias Grünewald.

The Unterlinden Museum is home to a large collection of international and local artworks, plus manufactured artifacts from prehistorical to contemporary times.

Colmar also has several market squares including a Christmas market, gourmet restaurants including Michelin grade, and lots of local wine. You have the option of taking in one of their wine tasting or wine tours for a half or full day. There are so many reasons why you should visit this enchanting city. It’s an ideal location to kick off a vacation.

Disclaimer: Most of the photos are the copyright of Colmar Tourism. Thank you, Colmar for sharing your beautiful photos.