There is something about dinosaurs that kids can’t get enough of, they dig them. In fact, some kids are obsessed with them, we’re talking all things dinosaur — dino-fever. They’re big, ferocious, brutal and destroy everything in their path. Dinosaurs are dangerous predators, but kids seem them in a different context. They see them as lovable and awesome creatures, like the cute FurReal Munchin’ Rex from Hasbro. 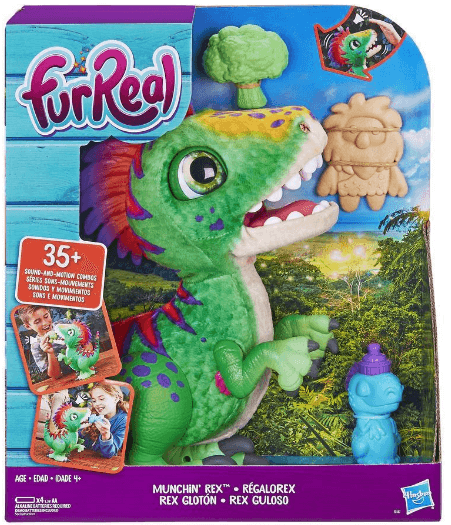 The FurReal Munchin’ Rex is an interactive baby dinosaur and he’s adorable. His body has a soft fur texture, while his arm and legs are made from plastic. Rex comes with some comfort items, a bottle, caveman-cookie treat, and a broccoli treat. The included instructions will help you activate Rex, so you can enjoy the 35+ sound-and-motion combinations he performs. You’ll hear him make cute baby noise and there are lots of peaceful jungle sounds in the background. These responses are reflective on how you interact with Rex.

His touch point centers are located on his head and in his mouth. Rex arrives in ‘Try me’ mode, so you’ll have to change the mode with the switch on his tummy. You’ll also want to replace the demo batteries with four AA batteries, which are found in his feet.

Munchin’ Rex has big teeth and a massive appetite, but he’s somewhat of a picky eater. Rex will make cute sounds, hop around excitedly and beg you for a yummy treat. He knows you have some snacks for him, and he’s hungry. Just wave at Rex to engage these features. Put either the broccoli or caveman cookie in his mouth and if he likes it, he’ll gnaw away at it joyfully. If he doesn’t like it, he’ll try to spit the treat out. One thing Rex will never say no to is his bottle; he loves to drink. Secret code: chomp

Kids love to nurture and FurReal Munchin’ Rex is perfect for pretend play. It will give kids a sense of responsibility while enjoying the animatronics of this cute toy. Recommended for ages 4 and up and retails for around $70. 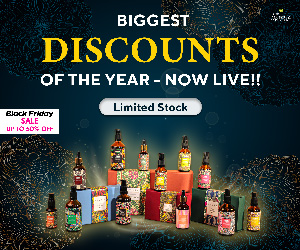 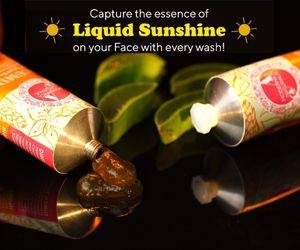