In preparation for this superhero sequel, Marvel has teamed up with Hasbro to unveil a selection of their upcoming new collection of Guardians of the Galaxy toys they collaborated on. They’re fantastic and now you can collect these characters and bring them home with you. Check them out below.

If you recall at the end of ‘Guardians of the Galaxy’, Groot sacrifices himself in order to save Star-Lord, Drax the Destroyer, Gamora, and Rocket as the Dark Aster lands on Xander. We got all choked up watching this scene. However, after the death of Ronan the Destroyer, Rocket Racoon gathers up the remaining branches that were previously Groot and puts them into a plant pot for regrowth. We then see a baby Groot dancing during the credits sequence to prove that he is back on the road to recovery. So is this Groot, or his son? Either way, Baby Groot proves to be a little rascal. 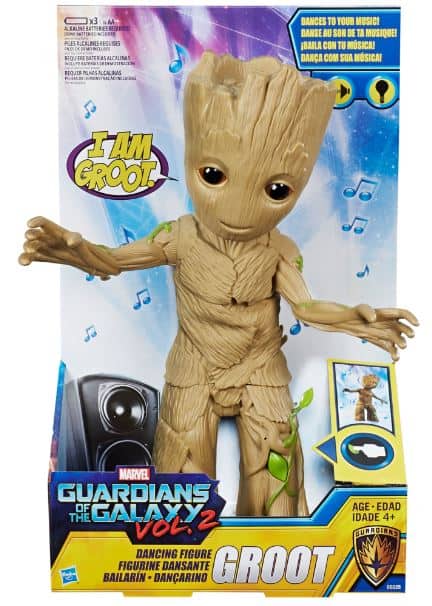 Meet the adorable 11.5-inch interactive and electronic Baby Groot toy! He’s a handsome little figure with translucent eyes and a bark-like plastic body with tiny bits of green foliage growing here and there. His midriff is more rubbery and hides the mechanics of the toy. He has an off/on switch on the back of his left leg. Press the green leaf on the front of his left leg and he says, “I am Groot.” Press again and his eyes will light up and his body and head will groove to the official soundtrack to Guardians of the Galaxy Vol. 2 — and that track is “Come a Little Bit Closer.” Hi head bobbles but always returns to the center position, and you can move his arms to different positions.

Hold the green activation button down for a few seconds, and Baby Groot will be in music detection mode. He’ll then respond by swaying and jiggling to any external music playing around him. 3 AA batteries are required, but demo batteries included with the toy along with an instruction manual. Recommended for ages 4+ Dancing Groot retails for $34.99 and will hit store shelves this spring.

Like in all movies, we bond with the characters and want the action figure toys. So, not to be left out, Hasbro has created a set of figures that are all influenced by their counterparts in the live-action new Guardians movie.

The new Guardians of the Galaxy’s Marvel Legends series toys are about to hit the shelves. These new action figures are the latest toys featuring the greatest heroes in the Guardians of Galaxy’s history. The set of seven six-inch figures features two different types of Guardians of the Galaxy branding. Three are tagged with the Guardians of the Galaxy Vol. 2 logo and feature characters as they appear in the upcoming movie sequel. Another three don the basic logo, indicating comic book ties, but aren’t at the moment featured in new movie release. And then there’s Sam Alexander aka Nova. Together they make an amazing superhero team. Each collector piece retails for $29.99 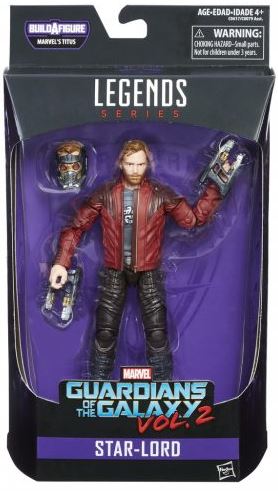 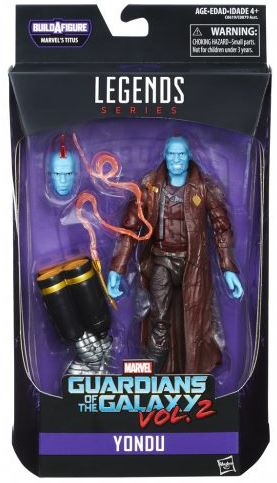 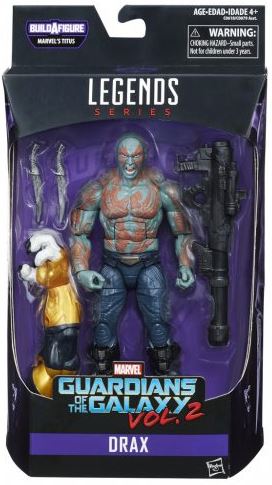 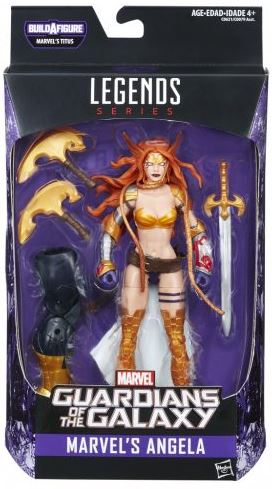 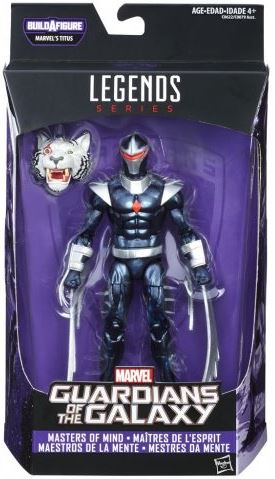 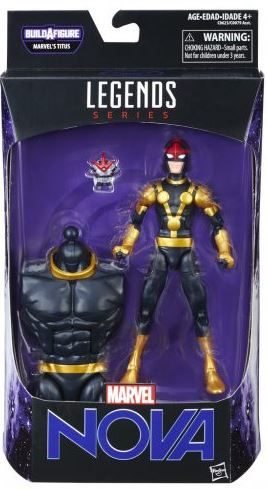 The Guardians of the Galaxy Vol. 2 movie sounds like it’s going to be a hit and I can’t wait to see it. In the meantime, we can grab these action figure toys on March 1st when they hit the shelves.