Europe undeniably has some of the most beautiful little villages in the world. These secluded, quaint, fairytale-like places are steeped with the old world charm travelers long to experience. Their unspoiled natural beauty, hallmark bridges, narrow cobblestone roads, and medieval buildings have been lovingly preserved for posterity and our inquisitive exploration. Their fascinating history, rich and colorful folklore, and deep cultural roots are appealing and no doubt what inspired many fables, stories and legends. Step back in time with me as we explore some of these quaint villages. 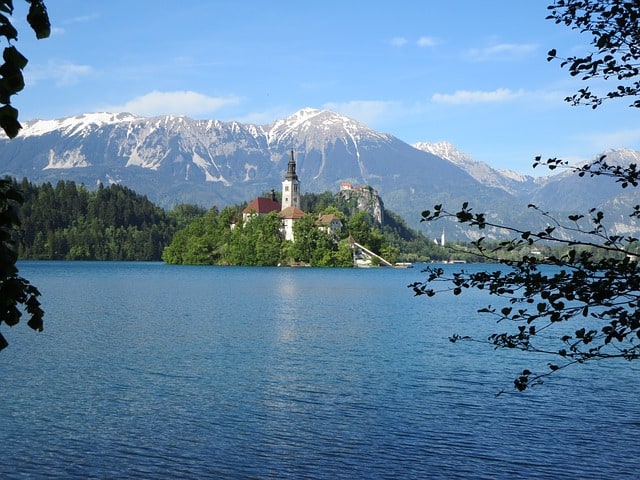 Bled’s alpine beauty lures many visitors, from honeymooners to backpackers they arrive from all over the world. It’s a picture-perfect charming resort town that’s nestled in the foothills of the Julian Alps, set along the emerald green glacial Lake Bled in Slovenia. The 11th-century Bled Castle resides on a rocky cliff which offers stunning panoramic views. The most photographed small island in the middle of the lake that we see on postcards is home to the Assumption of Mary Pilgrimage Church and the bell tower. Many ring the bell for good luck. 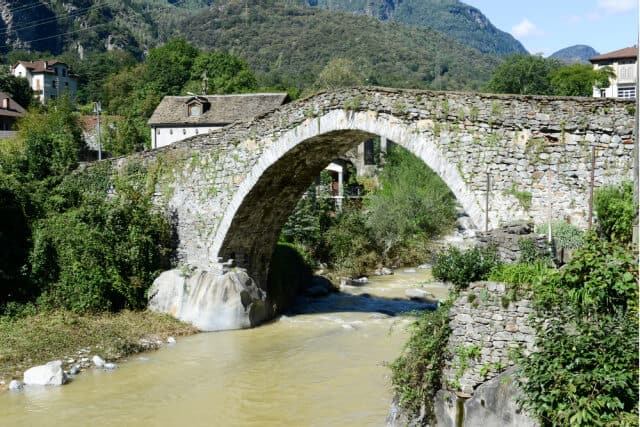 Giornico is a well preserved hidden jewel in the district of Leventina in the canton of Ticino in Switzerland. Giornico boasts an outstanding historical heritage that dates back to the 9th century. Among its attractions are its vineyards, chestnut forest and a small island in the Ticino river, which can be reached by two small Romanesque bridges. Other attractions are the medieval Torre di Attone, a six-floor residential tower, seven churches, including the beautiful 12th century Romanesque Church of St. Nicholas. You’ll feel like you’ve stepped back in time. 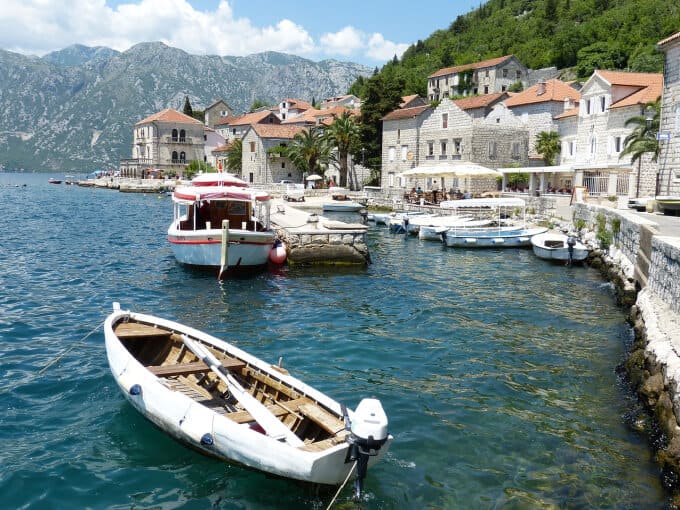 Kotor is one of the most beautiful fortified towns partially hidden on Montenegro’s Adriatic coast. Its comfortably snuggled between an ancient bay and the limestone cliffs of Mt. Lovćen. Abundant in winding streets, this medieval town is filled with character. The old town has several Romanesque churches, including Our Lady of Health and the Kotor Cathedral. Other interesting sites to see are Gurdich’s Gate, St. Nicholas Church and the enormous city walls.

Visit the Maritime Museum, hike to the top of the fortress, visit the cathedral Sveti Tripun, and check out Sveti Đorđe, one of 2 tiny islands off the ancient town of Perast, which features a centuries-old church.

Beaming with charm and personality, you’ll find the precious little village of Bolgheri, almost 10 km from the Etruscan seaside. Set amid the vineyards of southern Tuscany, any people flock here just to taste the wine. You must experience the infamous Viale dei Cipressi, also known as Cypress Avenue, which is a straight, 5km-long tree-lined avenue that stretches between Bolgheri and San Guido. You can visit the Bolgheri Castle with its storybook appearance, and take a tour in one of its many vineyards like the Chiappini Winery and sample the wine. 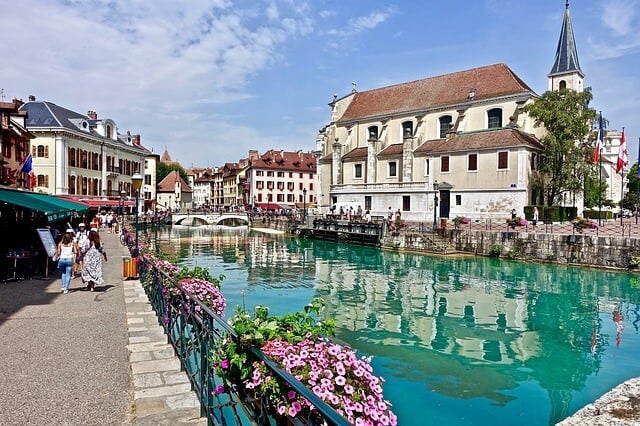 Annecy, also nicknamed the ‘Venice of the Alps, is an enchanting alpine town nestled in southeastern France. Known for it’s winding canals, cobblestoned streets,  and pastel-colored houses, tourists flock here each year to enjoy its old charm ambience. Taking center stage is the Palais de l’Ile, also called the ‘old prison’. This turreted castle separates the Thiou into two canals and it the most photographed attraction. Built in 1132, the Palais de l’Ile was a former stronghold and then became a prison and courthouse. Today it’s home to the Architecture and Heritage Interpretation Centre

The now restored medieval Château d’Annecy is listed as a historic monument. It’s not a museum that features regional artifacts, religious art, and offers a natural history exhibit.

Tourists can cycle around or boat across Lake Annecy and take in the stunningly surreal surroundings. Spend several days strolling around the whimsical canals and enjoy the pretty houses, bright flower boxes, and charming coffee shops. Visit the Pont des Amours, the love bridge, where legend has it that if two lovers kiss on the bridge, their love will last forever. Or have a picnic in the European Gardens which is located in the heart of Annecy. Explore the historical churches that have beautiful stained glass windows, impressive organs, and medieval paintings. And, don’t forget to spend time on the beach. 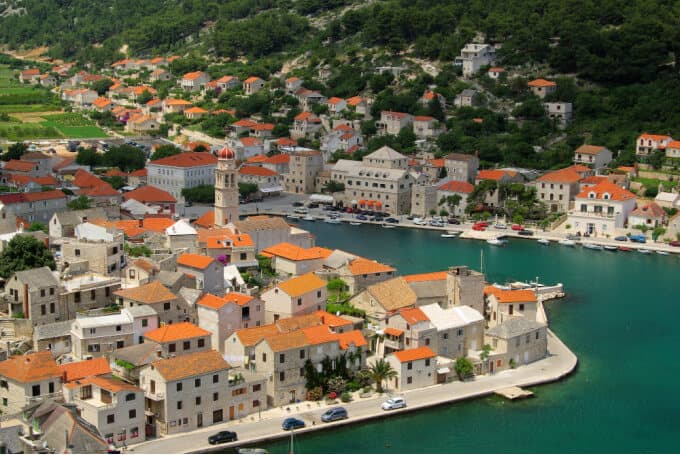 Pucisca is one of the prettiest resort villages hidden at the bottom of a deep cove on the island of Brac. Brac is the largest of three islands located in the Split-Dalmatia county in Croatia. This holiday oasis offers visitors a beautiful place to relax and soak in the sun on the beach. You can also tour the town on your own or take a guided tour that includes the islands major highlights. You’ll visit the Stonemason school, Olive Oil Museum, Village of Skrip, Brac Native Museum, and the Vidova Gora Mount. 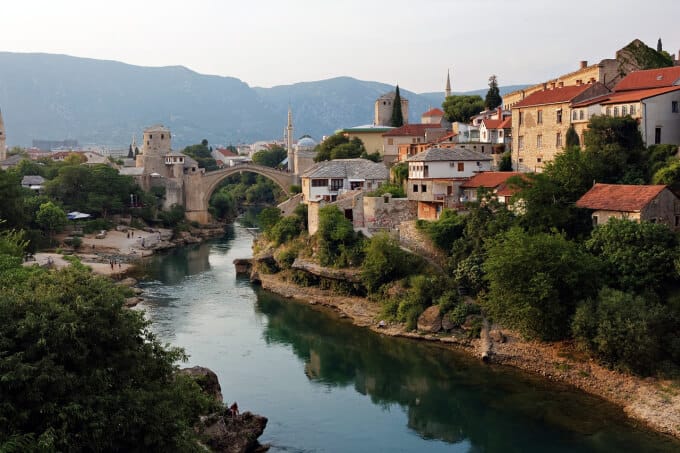 Mostar is a staggeringly beautiful city in southern Bosnia and Herzegovina. Its scenery and romantic architecture could be the setting for many fairytales. It’s an iconic medieval landmark, the Stari Most (Old Bridge), which was built by the Ottomans in the 16th century. It spans across the serene turquoise Neretva Rivers and is at the heart of the old town. Although the Stari Most was destroyed during the civil war, it was lovingly reconstructed to its exact original specifications.

In the center of Mostar is its market, or čaršija, meaning Bazaar. Here you will find ancient alleys full of bustling market stalls and quaint shops. If you visit the Old Bridge Museum, you’ll be educated on the bridge’s long history. To enjoy a stunning panoramic city view, climb the narrow staircase up to Koski Mehmed-Pasha Mosque’s minaret. It’s spectacular!

Just south of Mostar is the Kravice Falls. The area is not well known amongst tourists yet, so you can enjoy the peaceful surrounding to yourself. There is a small boardwalk that will take you fairly close to the falls or you can swim under them.

Europe has thousands of hidden gems off the beaten path. From Annecy in France to Mostar in Bosnia, discover the finest unknown destinations. They’re so quaint, you can hardly believe your eyes!