Stargazers mark your calendars for a rare celestial event! At the end of January, we’ll have the opportunity to experience a lunar trilogy phenomenon in our sky that hasn’t happened in 150 years. A Supermoon, a blood moon and a total lunar eclipse will all happen in one night. The last time this occurred was on March 31, 1866.

A Supermoon, a Blood Moon and a Total Lunar Eclipse
All in One Night!

A Blue Moon will occur on January 31 that just happens to synchronize with an eclipse, which will turn will give the moon a prominent red color. Ever hear the phrase “once in a blue moon”, and wondered about its origin? Although not as rare as the Super Blue Blood Moon, a blue moon only occurs approximately every 2.7 years. Although the next blue moon will be in March 2018.

What is a Blue Moon? Its when a calendar month experiences 2 full moons. The first full moon took place on January 1 and the second full moon will take place on January 31. A Supermoon is a full moon whose trajectory is at its closest point to Earth in a single orbit. A lunar eclipse occurs when the moon passes directly behind the Earth into its shadow, making it emerge bigger and brighter than usual. 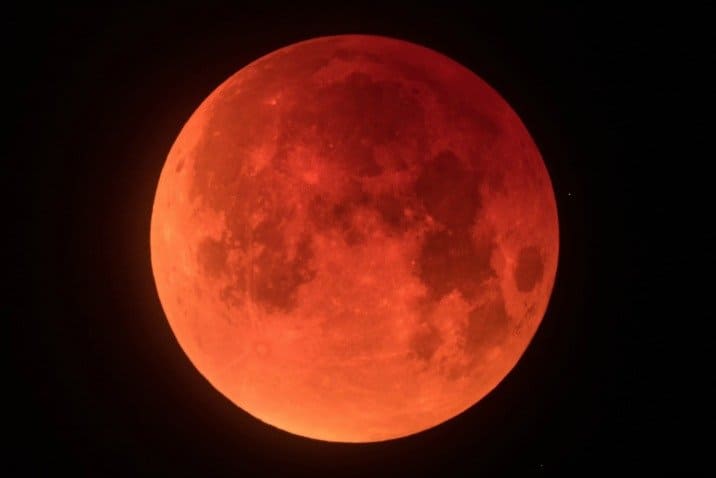 This rare event will be visible in the wee hours over the majority of New Zealand, Indonesia, central and eastern Asia, and the Pacific ocean. In the west, Hawaii, British Columbia, and Alaska will see the eclipse from its onset to its completion. Depending on where you live, you may only see a glimpse of this red spectacle.

The moon will be just over 223,000 miles from Earth, making it closer than the usual 238,900 miles. For those who have the pleasure of seeing this wonder, it’s said that it will last 77 minutes. You may have to get up quite early to experience this once in a lifetime event, so check online for times. Don’t miss it!