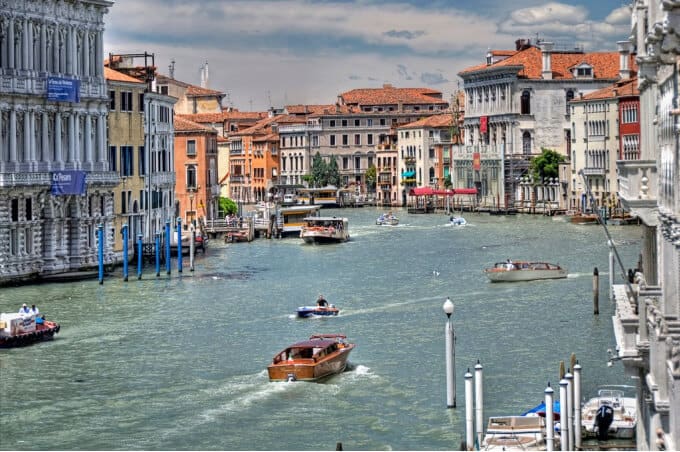 Be swept away in romantic Venice by taking a gondola ride just for two. Board at one of the main bridges, the Rialto or Accademia, and glide slowly past beautiful baroque and Renaissance buildings. The Rialto Bridge is arguably the most beautiful and definitely the most famous and oldest of the 4 bridges which cross Venice’s Grand Canal. Or take a motorboat across the Venetian lagoon to beautiful islands nearby. Visit St. Mark’s Square and admire the Basilica San Marco and the ornate Doge’s Palace. There is no shortage of things to see in Venice. 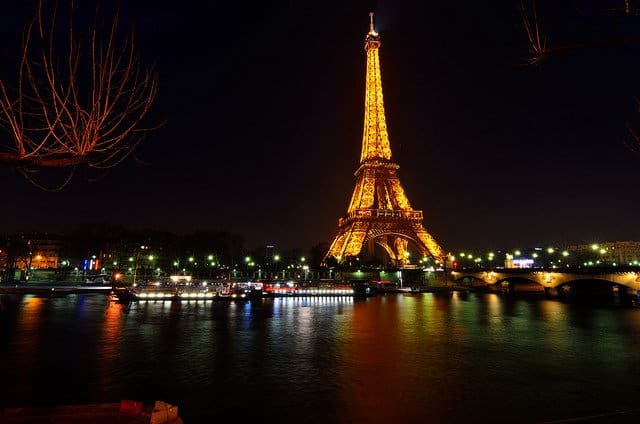 Paris is jam-packed with special things to do with loved one. Visit Gustave Eiffel’s iconic, wrought-iron 1889 tower, with steps and elevators up to the observation decks. The Louvre art museum has a vast collection, from Roman sculptures to da Vinci’s “Mona Lisa.” The Arc de Triomphe arch was built to commemorate Napoleon’s victories, with an observation deck. Then, stroll down the Champs-Élysées, the grandest boulevard in Paris and take in every bit of the romantic ambience. 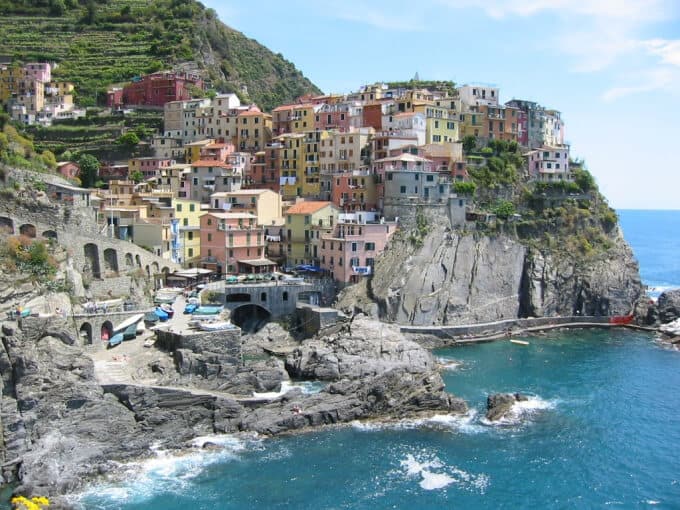 Cinque Terre is a string of centuries-old seaside villages on the rugged Italian Riviera coastline. In each of the 5 towns, colorful houses and vineyards cling to steep terraces, harbors are filled with fishing boats and trattorias turn out seafood specialties along with the Liguria region’s famous sauce, pesto.

The Sentiero Azzurro cliffside hiking trail links the villages and offers sweeping sea vistas. The gorgeous sunset and teal waters, make the Cinque Terre one of the most romantic places in the world. 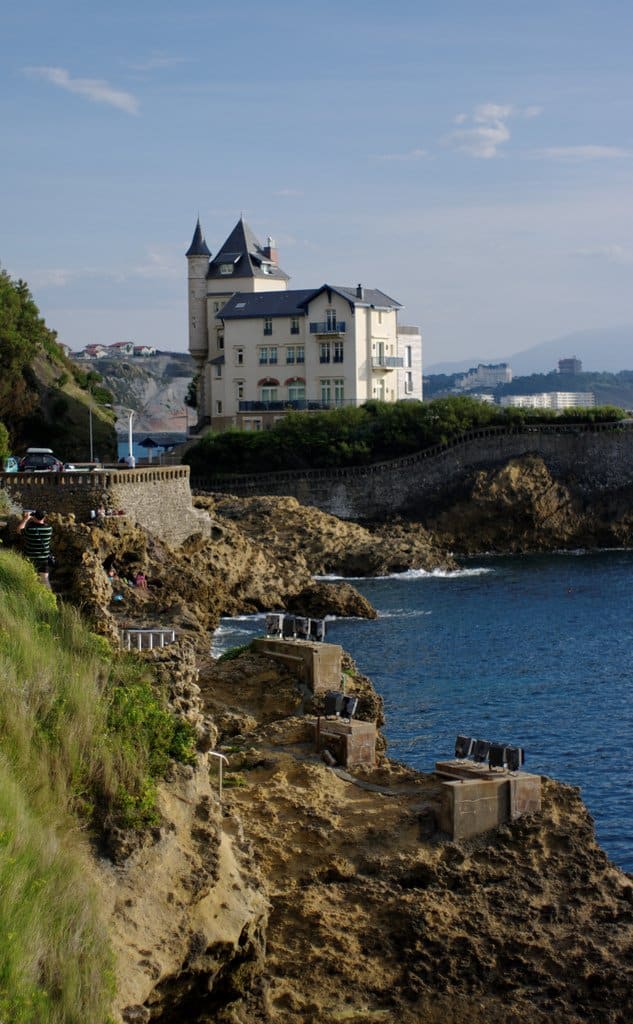 Biarritz, an elegant seaside town on southwestern France’s Basque coast, has been a popular resort since European royalty began visiting in the 1800s. It’s also a major surfing destination, with long sandy beaches and surf schools. If you love warm sandy beaches, then visit one of Biarritz’ largest beaches, the Grande Plage. Or visit the Musée de la Mer and the Miremont which is housed in an elegant 17th-century building. This historic tearoom is one of the oldest establishments in Biarritz. 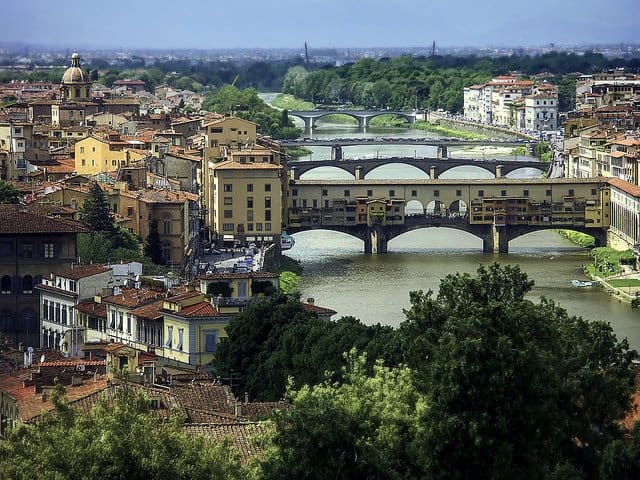 Florence is one city that has postcard perfect views! Live the culture and immerse yourself in their abundant artwork. Watch the sun set over Florence from the Piazzale Michelangelo. The Piazzale Michelangelo is a square with a panoramic view of Florence, located in the Oltrarno district of the city. Dine at one of the many restaurants, then head to the Teatro della Pergola for to see a play or an opera. Visit the Bardini Gardens. Once you have made the ascent to the top of these gorgeous and intimate gardens, you’ll be rewarded with breathtaking views of Florence’s skyline as well as the hills of Tuscany.

The small volcanic island of Santorini, Greece lends itself to being charming and romantic. Centuries ago, a volcano eruption, caused part of the island to fall into the sea. Although Santorini is not as famous as other places, the crystal clear water, and abundant sea life make for an amazing scuba experience. Next, see the elegant mansions and unique architecture of Akrotiri. Visit the Museum of Prehistoric Thera. The settlement was destroyed in the Theran eruption about 1627 BC and buried in volcanic ash, which preserved the remains of fine frescoes and many objects and artworks. Or how about sleeping in a cave house? Or head to the Santorini Volcano, or just kick back and sunbathe on Perissa Beach.

Vienna is by far one of my favorite cities in Austria. The elegant architecture, cobblestone streets, and picturesque landscape beam with romance. Stroll through the immaculate and whimsical grounds of Schöbrunn Palace or if you prefer, take a horse drawn Fiaker carriage ride and explore Vienna’s stunning landmarks. 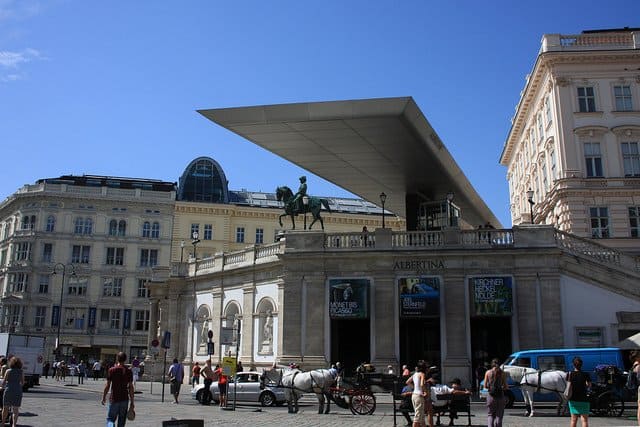 The Hofburg Palace is a much see. Dating back to the 13th century, the Vienna Hofburg was the residence of the Austrian sovereigns for over 600 years. Today, the Hofburg is the official seat of the Austrian President. 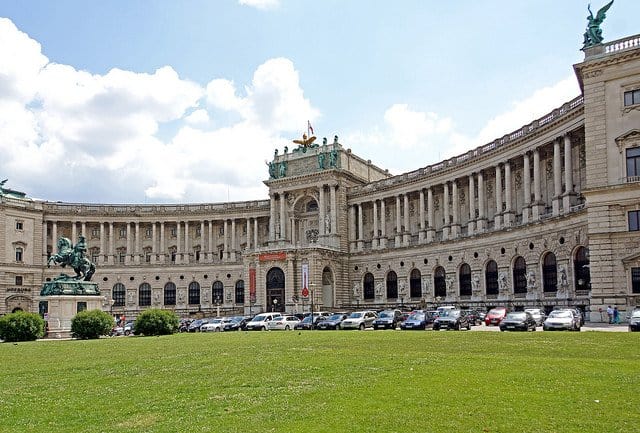 Board the Riesenrad Ferris wheel and get a breathtaking view of Vienna’s cityscape. Candyfloss smells and merry-go-round music fade as the wheel gently turns above the greenery of Prater Park, as it has done since 1897. Take a ride after dark to see Vienna illuminated. 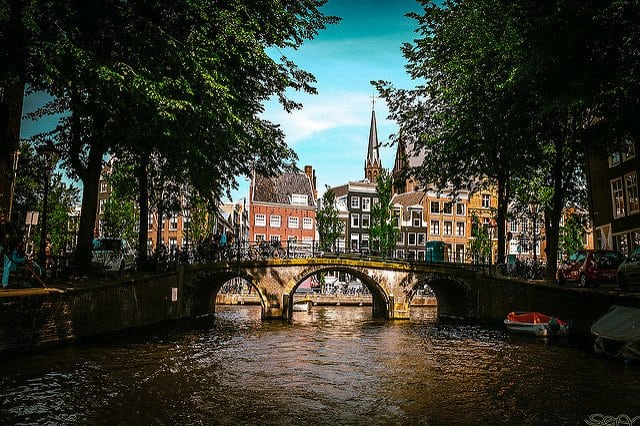 No other city quite compares the romance exuding from this Dutch capital. When you think of Amsterdam, you automatically think of the endless canals. And who doesn’t love the canals of Amsterdam? To truly experience them, you can rent a moored houseboat and soak in the surroundings. Riding a bike is an essential Amsterdam experience, so it’s something you should participate in when visiting. Renting a bike or taking a guided cycle tour is a great way to discover the city and can be quite an adventure. 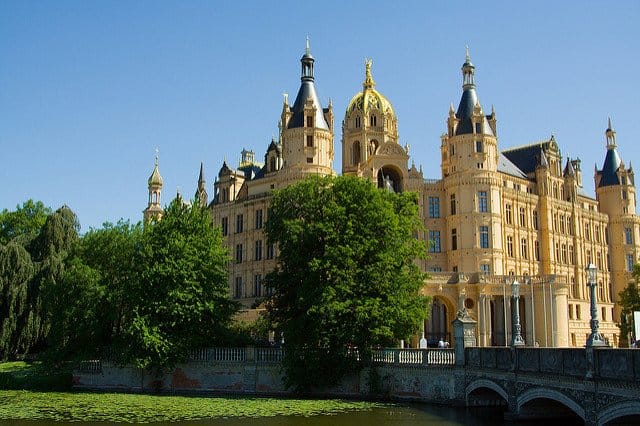 Schwerin was first mentioned in 1018 and was granted city rights in 1160, thus it is the oldest city of Mecklenburg-Vorpommern. It is known for its romantic Schwerin Palace, crowning an island in the Lake Schwerin. This romantic fairytale fortress, with all its many towers, domes and wings, was completed in 1857 and symbolized the powerful dynasty of its founder, Friedrich Franz II. Don’t forget to visit the Staatliches Museum Schwerin where you’ll find a collection of Dutch & Flemish paintings of the 17th-18th centuries, including by Rubens & Rembrandt.

If you’re craving a romantic getaway, then Europe has it all from breathtaking and panoramic scenery, to unbeatable ambience, to ornate architecture, to enchanting castles, to a smoldering nightlife; combined they have the power rekindle that old flame.