Nick’s Most Famous Babies Crawl Back onto DVD
in Two New Collections!

Following last year’s release of the first two seasons of Rugrats on DVD, fans will love the next set of baby adventures with Rugrats: Season Three and Four each available on DVD February 6, 2018. 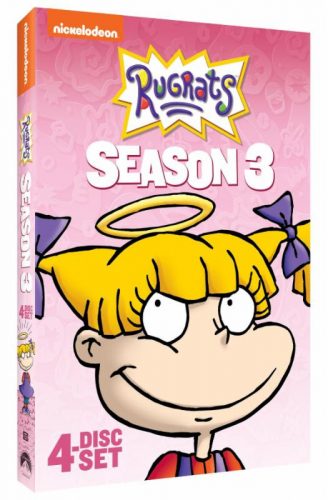 Rugrats: Season Three contains all 52 episodes from the show’s third season and features classic episodes like “Naked Tommy” and “Angelica Breaks a Leg.” Viewers will have a blast as they join Tommy, Chuckie, and the gang as they grab a screwdriver, break out of the playpen and embark on over ten hours of grand adventures to the moon, north pole and even to Chuckie’s first haircut! 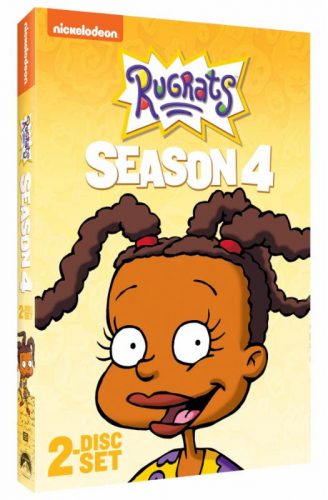 Rugrats: Season Four picks up right where season three leaves off and contains over six hours and two discs of adorable adventures from season four. Fans won’t want to miss the chance to relive the classic Rugrats family vacation, meet Spike’s babies, or laugh along as Phil and Chuckie discover the joys of dresses!

This animated series aired waaay back in 1993 and have maintained their popularity ever since. It’s a cute animated series that focuses almost solely on the everyday lives of a group of toddlers. There is reality and then there is what goes on in these toddlers imagination. It’s also hilarious to see how they react when they misunderstand something their parents or an adult says. There is an abundance of downright silliness that kids can resonate with, but it’s topped off with love and hugs from their parents and each other. The episodes and the characters are timeless. The next generation of kids can step right in and experience the same shows our kids enjoyed decades ago.

Disclaimer: I received a complimentary product to facilitate a review. All opinions are my own, yours may differ.