A long time ago in a galaxy far, far away… was the epic opening line of the very first Star Wars movie, A New Hope. That was over 40 years ago! Since then the Star Wars saga has continually entertained and enthralled us with new movies, new characters, and new Hasbro toy lines. These have not only quenched the intergalactic thirst of original followers but have bred a new generation of Star War disciples. The Force never gets old and we can’t get enough.

A few months ago, Disney and Lucasfilm launched a new animated series for Younglings and Padawans called Star Wars Galaxy of Adventure. Kids can tune into this new show on the Star Wars Kids Website or view the episodes on their Youtube channel. Inspired by this release, Hasbro has created a new line of force-filled figures that the Rebel Alliance would be proud of. 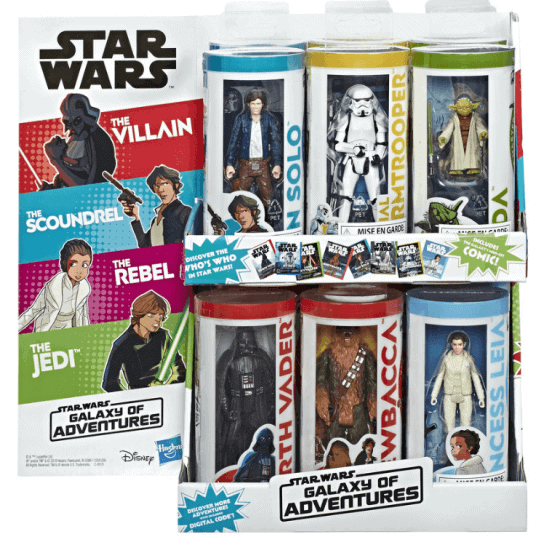 The Galaxy of Adventure toy line features some of your favorite Star Wars characters including Darth Vader, Princess Leia, Chewbacca, Yoda, Luke Skywalker, Stormtroopers and more. Check them out! 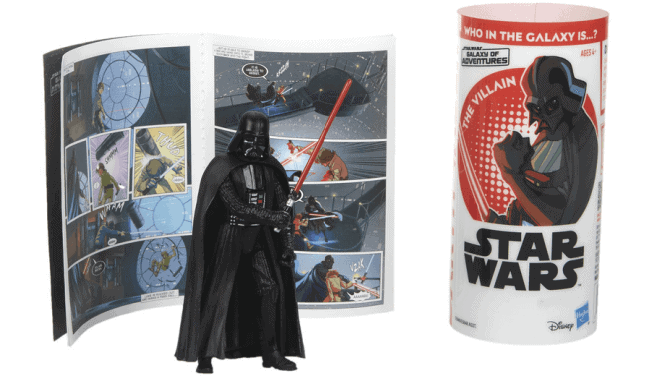 Each of the Star Wars characters comes with a weapon unique to them and ten-page mini-comic book…aka… a small scale tale,  that includes them and retells an event that happened in one of the Star Wars movies. Each character also comes with a QR code so newbies and die-hard fans can scan and learn more about them. Just open the QR reader on your smartphone and hold over the code. 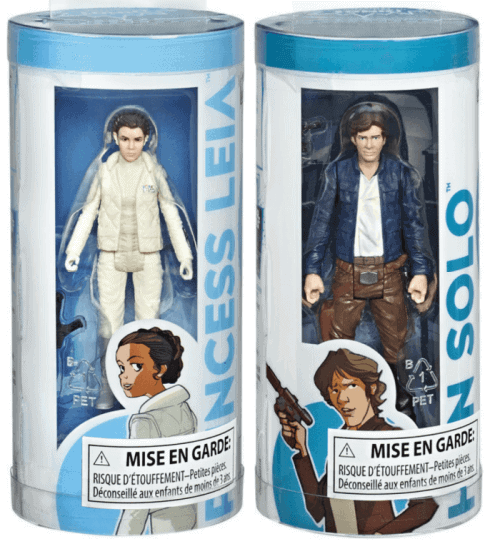 The figures are 3.75 inches tall and arrive in a plastic cylinder tube. There is some articulation – their joints move like their hips and shoulders and they can grip their weapon. 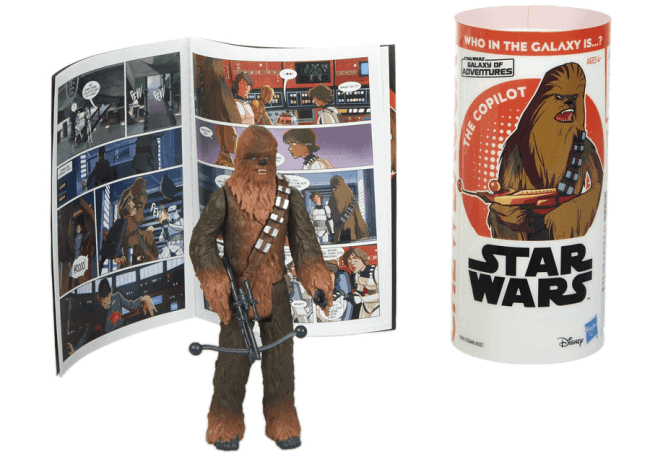 Like many fans, Chewbacca is my ultimate favorite Star Wars character. The iconic 7.5 foot Wookie warrior and Millennium Falcon copilot, has warmed the hearts of both young and old fans. In the words of Chewie, RRWWWGG!! 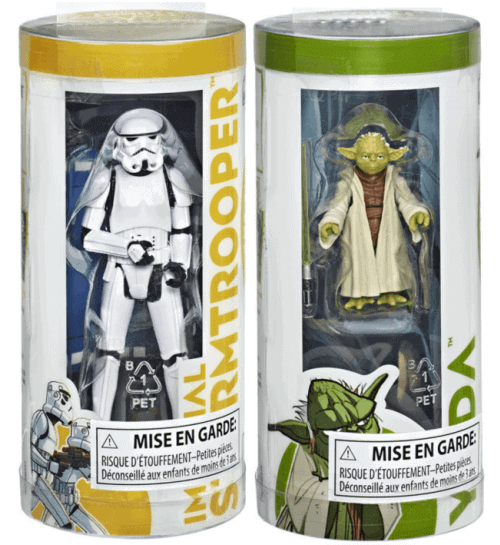 The Force is strong with master Jedi Yoda. Wise and powerful, he trained Jedi’s for over 800 years. This small little beloved green character is back and kids can use the Force to pretend-play their own Star Wars adventures. Droids have become ever more popular thanks to the variety of Stormtroopers.

The new Star Wars Galaxy of Adventure toys are now available at Walmart and most major retailers. Each toy retails for $9.99. May the force be with you!

Disclaimer: I received free product to facilitate a review. All opinions are my own, yours may differ.