Researchers have come out with countless studies showing that staying positive is not only good for wellbeing, but for physical and mental health as well. The reason that positive thinkers fair better, in the long run, is because they are better equipped to deal with stress and stressful situations. Researches have found that positive people recover much faster from stress and in general have no long term effects associated. Long term stress as we know can be very dangerous, leading to many ailments. These can include fatigue, headaches, weight gain, inflammation, and insomnia just to name a few. Staying positive is one of the main keys to eliminating the harmful and long-lasting effects of day-to-day stress. 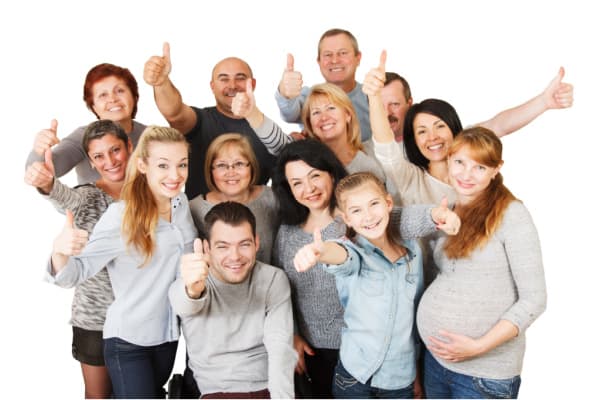 Focus on the Positive

Of course, there are many situations where individuals get stressed, but the most harmful stress result from events that have the ability to permanently affect and/or alter our lives. A situation such as losing a job or missing payments on a mortgage can be very stressful. The difference between a positive and a negative thinker is that the positive thinker tries to focus on what they can change whereas the negative thinker focuses on what they can’t change. The best way to get through a very stressful situation is to believe you can make it through. Create a goal or a solution and work towards the goal or solution little by little until the achievement is met. As they say, you must walk before you can run.

In a famous study, Harvard researchers used the graduating class of 1944-1945 to conduct an original exploration into the effects of positivity and negativity on health. The researchers presented the graduating class with a survey and the researchers rated the class’s answers to the survey. Then, years later, they came back to the same graduates and found a surprising correlation. Those who were positive in the original study and remained positive, as well as those who started off negative and switched to positive in early adulthood, faired the best from a health standpoint. Conversely, those who started off negative and stayed negative, along with those who started off positive but became negative, faired the worst in terms of overall health.

Why Does Pessimism Lead to Harmful Health Consequences?

As the study suggests, long lasting pessimism can lead to health issues down the road. The reason for many of these health issues is that the body produces a hormone called cortisol in response to stress. The problem is that cortisol, a hormone originally meant to protect and keep our ancestors alert, is not meant to be produced long term. In today’s world, it can easily be produced in the environment we live and work in. A small confrontation with a significant other, or being yelled at by a boss, can trigger a cortisol release. According to the Mayo Clinic, long term increased levels of cortisol can lead to decreased immune function, heart disease, diabetes, low bone density, obesity, and depression.

A Case Study on Optimism

Dr. Dennis Charney of the Mount Sinai School of Medicine performed one more famous study where he had 750 veterans with and without post-traumatic stress disorder complete a survey. The survey asked them to choose from pre-selected qualities to give a picture about themselves. Essentially, they ranked qualities about themselves. He found that the veterans that did not have PTSD had one thing in common; at the top of their list, they listed optimism as an important quality. Also, near the top of their lists were selflessness, humor and a belief in a higher power. He also noted that they believed there was meaning behind their lives and actions – all part of a positive outlook. Take it for what you will, but clearly trying to stay optimistic has benefits beyond the psychic realm.

Disclaimer: This article is a guest post by Max Gottlieb, a writer for ALTCS.com and Prime Medical Alert. ALTCS provides assistance to seniors and the disabled, helping them find assisted living in Phoenix, as well as applying for state and federal benefits.