The verdant hills are alive with the alpine sounds of Austria. Amidst its pristine alpine landscape dotted with mountains, forests, valleys and lakes, lies the true essence of this incredibly beautiful country. Austria is rich in history, culture, traditions and splendid architecture. With a plethora of attractions, from historic cities and villages to impressive castle to scenic hiking trails along the Alps, it’s ripe for tourists to explore. Here are some of my favorite sightseeing places while traveling through a country that’s nestled in the heart of Europe, Austria.

Nestled away inside the Hochkogel mountain, just 40 km south of Salzburg, is the breathtaking Eisriesenwelt. It’s a natural limestone and ice cave that sprawls through the Tennengebirge section of the Alps for a colossal 42 km (26 miles), making it the largest ice cave in the world.

Eisriesenwelt was first discovered in 1879 by Salzburg scientist, Anton Posselt. Although the cave was known only to locals, who refused to enter it, believing it to be the entrance to Hell, Posselt only ventured in 200 meters. The cave was revisited again in 1912 by Alexander von Mörk who led expeditions there, and soon tourists began to arrive wanting to experience this marvel.

Today, it’s an attraction the whole family will enjoy seeing. The cave is open seasonally from the beginning of May to the end of October.

One of Austria’s most magnificent medieval castles is Hochosterwitz Castle. It’s visible for miles. It dwells nobly on a 172-meter high Dolomite rock, allowing visitor a spectacular view over the neighboring mountains, hills, and countryside. It’s a popular and well-visited landmark in Carinthia, and a must-see while in Austria.

This castle boasts a history that goes back over a thousand years, and has gone through many owners and survived several sieges. Hochosterwitz Castle can be reached by car, but only so far. The rest of your journey will be either a breathtaking and invigorating trek or you can take the funicular train. Once you reach the castle, you’ll have to go through 14 gates which were designed to keep intruders out. But don’t worry, you can rest and catch your breath after reaching each gate. You’ll find a restaurant and a small museum in the castle, plus lots of striking views to enrapture you. The castle is open from May 1 – October 31 and costs €13 for adults and €8 for kids under 16. 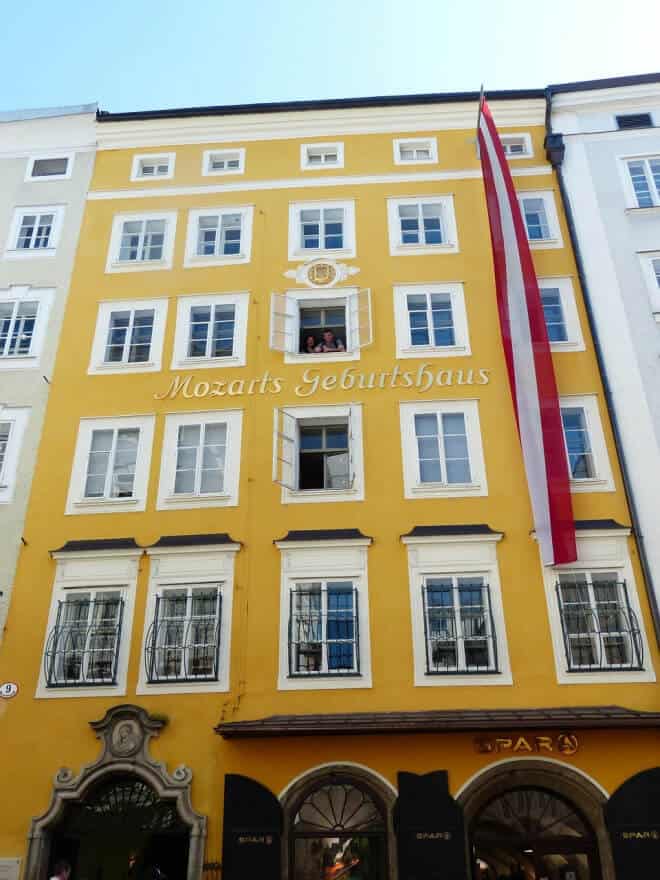 Salzburg is the fourth-largest and one of the best-preserved cities in Austria. Its old town (Altstadt) is well recognized for its baroque architecture. It’s also the birthplace of Wolfgang Amadeus Mozart, an 18th-century composer. Regarded as a musical genius and influential composer of his time, his music is still played and adored by millions. Most of us have watched the Sound of Music film from the mid 20th century, Salzburg was the setting for this musical.

One of the most frequently visited museums in the world is located at Getreidegasse 9. This is the house in which Wolfgang Amadeus Mozart was born on January 27, 1756. No other place makes the person behind the artist and his music as evident than his birthplace. He lived there on the third floor with his parents and his sister Nannerl until 1773. Mozart’s birthplace is open daily from 9 am -5.30 pm (during July and August till 7 pm). 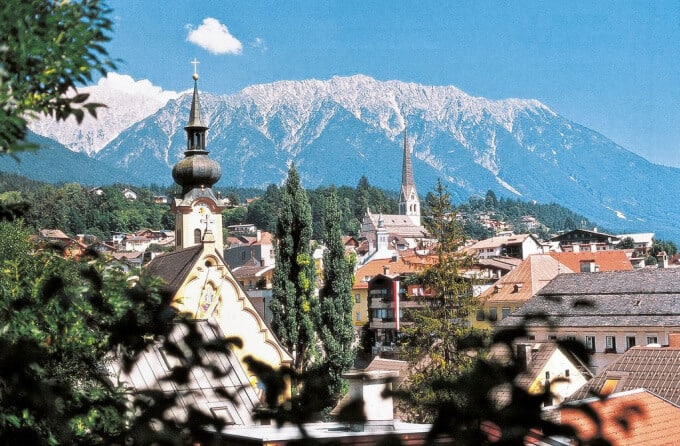 Pretty little Imst is a Tyrolian fairytale town embedded in the Oberinntal valley. It’s about 50 kilometers west of Innsbruck. It’s home to one of the most beautiful gorges, the Rosengartlschlucht gorge. Starting at the Johannes Church in Imst, you’ll see several residential homes that are built right into the rock face of the gorge – an amazing site. As you continue the path will get a little narrower and lead you to a charming little cavern called the Blue Grotto. As you continue you’ll experience a treasure chest of rich scenery with flowers, animals, and various stones.

Aside from the many stunning hiking paths, Imst has the longest alpine roller coaster in the world. This Alpine Coaster is 3.5 km long and provides a serious rush of adrenaline for all thrill seekers. You’ll zoom from the Untermarkter pasture down into the valley. Along the way, you’ll encounter some surprises: Bumps, steep turns and unexpected twists, but it’s totally safe and perfect for the whole family. 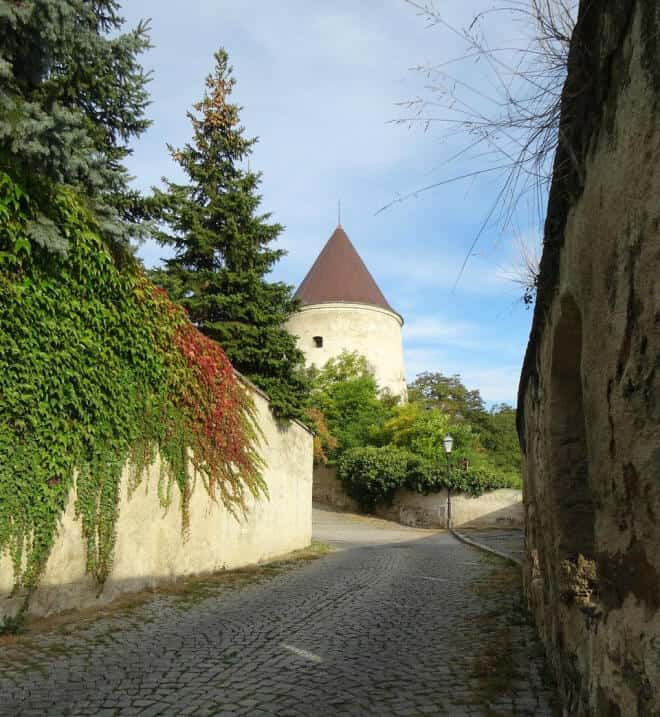 Krems is a historic little Austrian town located in the Wachau valley and the prettiest of the larger towns on the Danube. Its old architecture gives it an atmosphere of charm and character. It has lots of quaint churches and museums to wander through or you can take a wine tour and learn about its rich history of wine production. Their established wineries have also been producing some of the finest wines since 1938.

One of the most celebrated traditions in the Alpine countries is the ‘ceremonial bringing the cattle home’ for winter. The cattle are brought down from the grazing pastures where they spend the summer to the rich valleys below for the winter. The owners will be dressed in their traditions Tyrolean outfits and the cows are adorned with flowers and clanging cowbells as they descend the mountains and parade through their village. It’s a magnificent and colorful festival that brings out the crowds. These events are celebrated with Tyrolean music, homemade schnapps, and local cuisine.

If you’re considering visiting Austria, there will never be a shortage of things to see and experience. I like to get off the beaten path and explore areas that are hidden from the vast throngs of tourists. I love Austria.