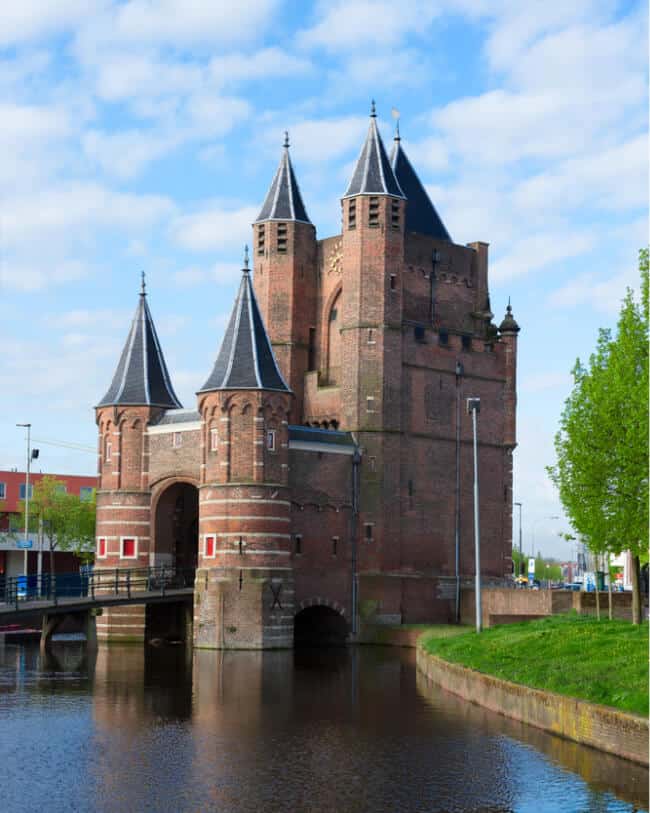 Although Haarlem’s first city walls were not built until 1270, the city dates back to 1245. It’s the capital of North Holland and it’s fondly known as the City of Flowers.  Being only a 15 minutes train ride to Amsterdam, visitors can enjoy plenty of 17th-century architecture, culture, and museums. It has charming cobblestone streets, narrow alleys, gabled houses, and serene canals. The Amsterdam Gate, built around 1400, is the only remaining town’s gate. The gate welcomes all into a people only zoned city center.

Sights to see include the Windmill De Adriaan, Grote Kirk—a cathedral that dates back to the 14th century, Frans Hals Museum, and the Corrie ten Boom House. Don’t forget to saunter Haarlem’s boutique-lined streets where there are big brand stores as wells as charming antique and curiosity shops around every cozy corner. 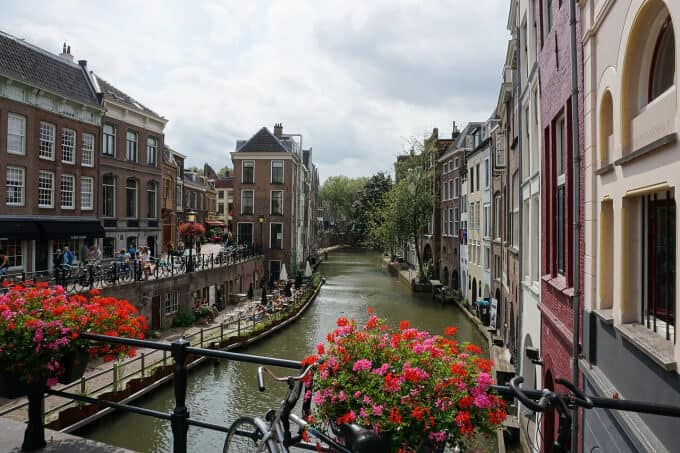 Utrecht is the Netherlands ‘ fourth-largest city and it’s also the oldest, dating back to the early middle ages. It’s filled with historic buildings, busy canals, Christian monuments, and fascinating museums. Its medieval city center is small enough to explore on foot, yet filled with large amounts of shops, cafes, and an inner-city wharf. Utrecht can also boast the city has one of the highest bicycle densities and has the largest train junction station in the Netherlands. As far as universities go, there are none older than the Utrecht University. Established on March 26, 1636, it has educated millions of students over the centuries. Today, it still educates over 40,000 students each year, giving the city a youthful vibrancy.

Sites to see include the Dom Kerk (St. Martin’s Cathedral), the Domtoren, Railway Museum, Central Museum, Sonnenborgh Museum & Observatory, and picturesque Canals. Plus you can take some excursions to Efteling, which as a large, fantasy theme park filled with elements of folklore and fairytales. It includes 36 rides and 4 thrilling waterslides. Or, take a trip out to see Castle de Haar.

In all of Utrecht, De Haar Castle is by far the biggest and most opulent castle and historical house existing in the Netherlands. First mentioned in 1391, it was founded in the 14th century along the river Rhine. However, the magical Gothic fairy-tale castle existing today was built from 1892 till 1912. Great steps were taken to include the large 15th-century ruins of the original castle.

In all the Netherlands, De Harr Castle is unequal as a Gothic fortress with all its medieval features from towers to moats to ramparts to gates to its impressive drawbridges. Just like the ‘once upon a time’ fairy-tale castle, De Haar’s beautiful landscape is home to majestic trees, ancient gardens, and quaint ponds. Visitors can reach the castle by car daily between 11 am to 5 pm. 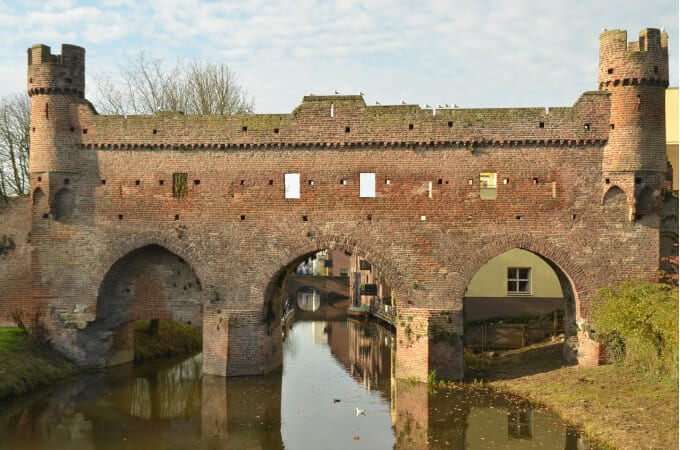 Zutphen is a historic city founded on the banks of the river IJssel by the Franks during Roman times and has been inhabited for about 1700 years. It’s one of Holland’s oldest Hanseatic towns, which still exposes to all its historic and cultural highlights, including over 450 national monuments.

Visit the Stedelijk Museum or take a boating trip along the mesmerizing river Berkel and enjoy the quiet ambiance. The town center allows you to stroll by attractive shopping areas, discover flower-filled courtyards and learn about centuries-old fortifications. Amidst all the medieval beauty, you’ll also discover that Castles, estates and lush forests are aplenty.

If you can speak Dutch or don’t mind the language barrier, take a Whisper Boat tour and learn about the history of Zutphen. Other points of interest that are well worth seeing are the Drogenapstoren Tower, Librije—a medieval 16th-century library, the Stedelijk Museum, Berkelpoort—a guard tower and St. Walburgiskerk. 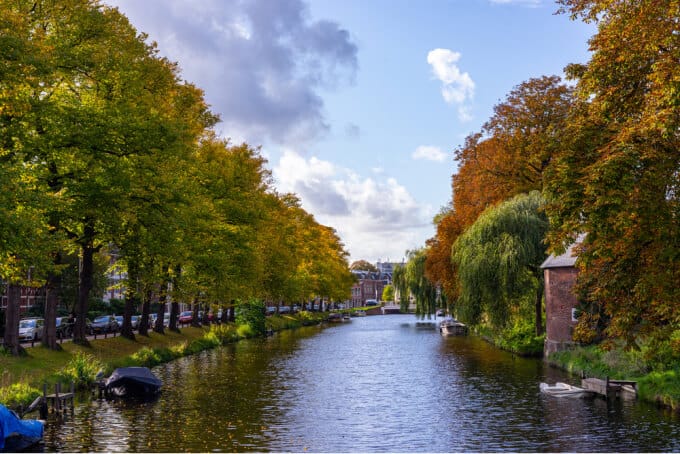 Leiden is a postcard-perfect city and municipality in the tulip growing province of South Holland. It’s famous for many reasons, its university dates back to 1575, it has 35 groups of almshouses, and one of Europe’s most prominent scientific centers. Rembrandt, a world-renowned painter, was born and educated in Leiden. Other famous painters from Leiden include Jan van Steen and Lucas van Leyden.

The abundance of inner-city waterways and bridges make it the perfect destination to explore on foot or by boat. Take a boat tour along the canals and drift under bridges and admire the diverse architecture. Or visit the De Burcht, it’s a man-made hill dating back to the 12th century that once overlooked the old Rhine. 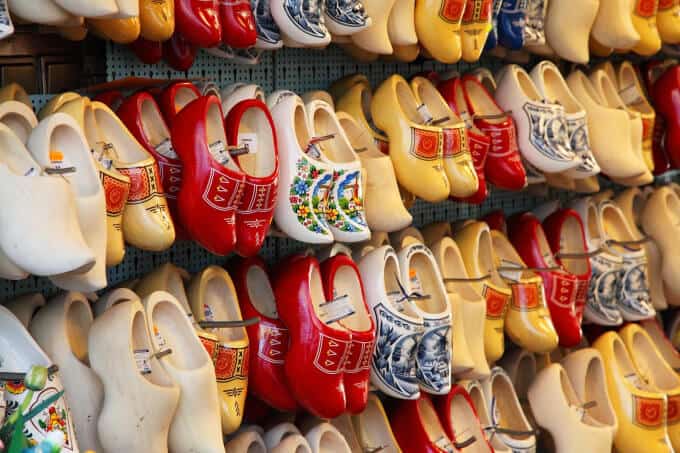 No visit to the Netherlands would be complete without trying on some wooden shoes. They are tons of shops that sell them, and there are several wooden shoe factories where you can glean a lot of history. Some shoemakers are still using antique machines as they used 100 years ago to make clogs. To the crafter, they are more than a work shoe, they are a piece of art donning popular subjects.

But no matter which province you visit in the Netherlands, you’ll experience their famous signature canals, windmills, tulips, cheese, and wooden shoes.